Pioneers' war at the Silicon Valley. The battle for the electric autonomous future is getting serious - Part II

But when there is one, there will be at least dozen just like it! - as people say. And this applies for the automotive companies as well. Especially now, when every 10-th enterprise in the heart of the Silicon Valley is a start-up. Apparently, Tesla wasn't the only one who dreamed about self-driving cars that use an alternative to the mainstream fuel to run.

In 2014 Faraday Future entered the highly competitive and extremely risky automotive world. Dubbed as one of Tesla's most serious competitors, Faraday managed to get people's attention. You may ask how and why it has to compete with Tesla? It's no secret that since Tesla's success, the automotive industry is not the same. Ideas, technologies, designs made a drastic turn to explore the unknown world of electric powers that give life to the four wheels. This led to major changes and job loses. Some of the best in the business had more luck and ended up in the headquarters of Tesla. Later on, due to some internal changes, some of those people will find themselves in another companies - like Faraday Future, for instance. The company became official not too long ago - in 2014. Stefan Krause and Richard Kim are the key figures in it. But it's no secret that behind this American start-up, that also bears the name of the famous scientist Michael Faraday, are standing major financial players from China. 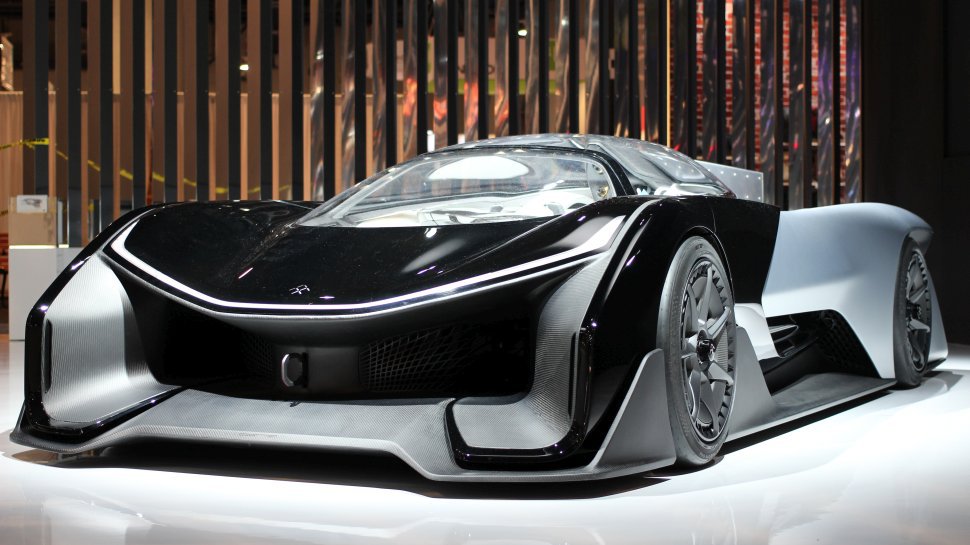 Faraday Future, just like Tesla are also focused on producing electric autonomous vehicle - but packed in quite futuristic-looking shape. Not long after its first appearance in front of the world, Faraday debuted their first prototype - the FF ZERO 1 in 2016. the audience and every car company waited with anticipation the "out of time car". In 2017 the car manufacturer released their next, production-ready vehicle, named FF 91. The car's system offered its owners to connect directly with their smartphones with it and to configure it the way they want. Just like the Tesla, FF 91 was able to reach incredible acceleration: the staggering 2.9 seconds from 0 to 97 km/h. With its perfect measurements (5250 mm in length, 2228 mm in width, 1598 mm in height and a wheelbase of 3200 mm) FF 91 is like taken out of a movie.

The car harvest the power of 1050 hp(783 kW) which is pretty amazing for a car that uses batteries. What adds to the FF 91 model is that fact that it comes equipped with 13 long and short-range radars, 12 ultrasonic sensors, 10 high-definition cameras and, wait for it, one 3D retractable LIDAR (on the front bonnet; you could easily spot its round shape). The two side cameras, placed where the mirrors usually are, gather road information and display it directly on the dashboard in front of the driver. They could easily be replaced with regular mirrors.

Apart from the spacious design, the comfortable ride was another focal point. And here is another crucial difference between Tesla and Faraday Future. Yes, Tesla is luxurious inside, top of the tops, and so is Faraday's FF 91. The interior features include some of the latest infotainment and connectivity systems. But what takes Faraday's FF 91 vehicle on a higher position than the Tesla is the NASA implemented seat design. They are so ergonomic that evoke the feel of one being gently hugged. Designed this way, the seats add to the greatest level of comfort and making the driver and passengers feel safe and rested during and after a long drive. Another key element, that has not yet made its way in any of Tesla's cars is FF 91's greeting system. It's able to recognise faces and facial expressions so that the car is capable to greet anyone who approaches it and later on, to adjust itself in accordance to people's personal preferences. Nice, isn't it? Unfortunately, Faraday Future suffered and still suffers from a financial deficiency - a corner-stone for all start-ups. In the past few months the company's future was at stake. The plans for making its own production plant are now gone and it is a mystery if it will manage to survive. So maybe Tesla has nothing to fear...