Home >> Blog >> Pioneers' war at the Silicon Valley. The battle for the electric autonomous future is getting serious - Part I
Autocatalog NewsBlog Login Register Add data for a new car Car Specs API

Pioneers' war at the Silicon Valley. The battle for the electric autonomous future is getting serious - Part I

Ever since we stood for the first time in upright position and discovered the power of fire, our wish to explore and create has non-spot driven us through all phases of evolution. It's either our "divine and creative nature" or the "diabolical experimentalist" that has led us to incredible results - revolution in every aspect of our daily life. 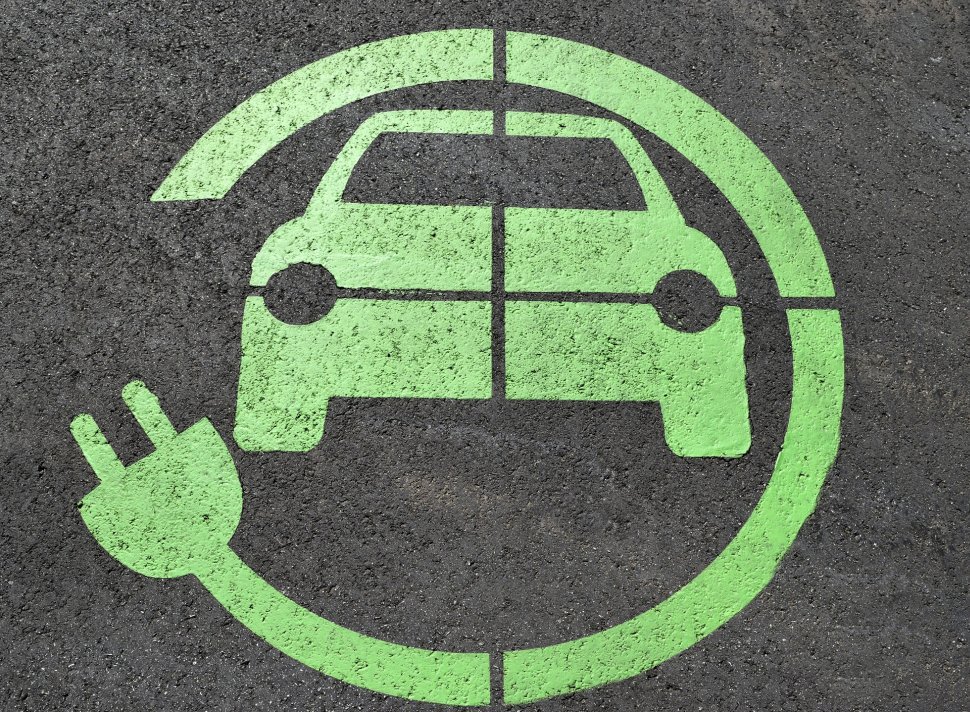 Nowadays, automotive industry is one of the fastest-developing niches. It embodies human's technical superiority and creativity to the point where we are witnessing the fast approaching autonomous future of our cars. And it's a bloody battlefield out there. Blood, sweat and billions of dollars are practically sacrificed every single day and it's what drives this industry forward. The time and money-consuming process is game that cannot be played by anyone. You have to have the idea, the team, the sponsors. So it's no wonder that for the past decade there are only few major players in the autonomous filled of dreams  - Tesla, Faraday Future, Lucid Air and Karma Automotive. What "gathers" them is the idea that the future belongs to autonomous electric cars. What differentiates them from one another is the approach and stability. And it seems like the Silicon valley has become a "nest" of innovations, because each one the companies has comfortably settled in there.

Back in 2003 Tesla was the first to emerge from the innovation-driven region. It's founders - Martin Eberhard and Marc Tarpenning - were to blame for shaking up the foundations of the automotive industry. Until then, big names of massive industry concerns like Audi, BMW, Mercedes, Chrysler and their techniques ruled the world of automobiles. So when Tesla's founders decided to offer the world an alternative, never-before seen kind of car that was using electricity, people were either in shock or in denial. The resistance was also strong. How dare two men, without any experience and knowledge in the automotive industry, decide to build a car? 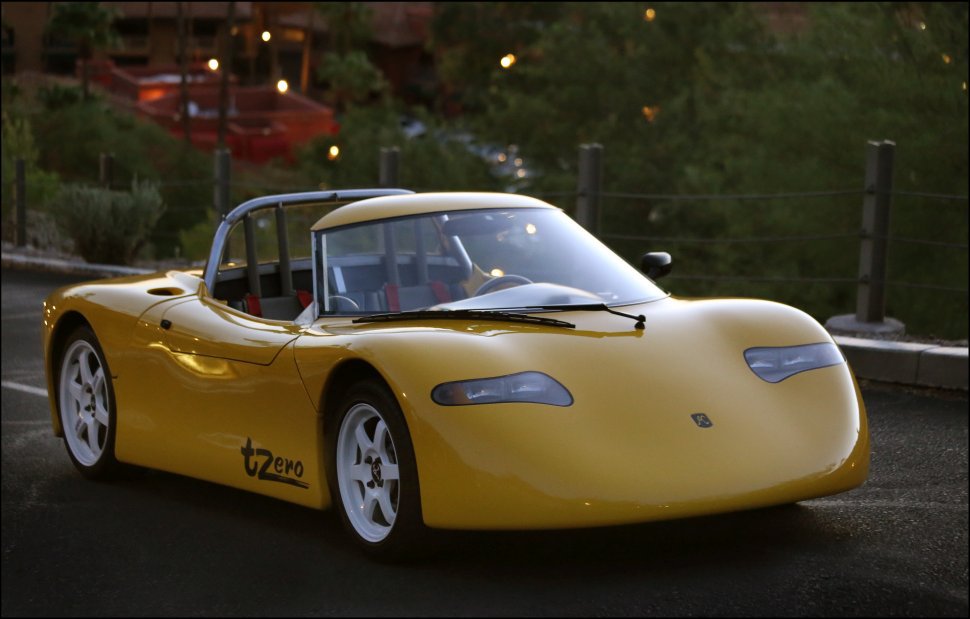 The first attempt bared the name Tzero. With its striking yellow paint and bit unusual outlines, the sporty coupé was all on electricity and boy, it was steady and fast on the tracks. According to some interviews with people who were present during the testing of the Tzero, the car "amazed everyone with its ability to accelerate smoothly and to remain stable during the drive, despite the fact that it was just a test vehicle". Named after the famous Nikola Tesla, the company definitely showed that carries his creative spirit and desire for development. The nest few years were a chain of ups and downs - the usual chain of events that every new company endures until it strengthens its positions on the market. The financial struggle was a mandatory thing. Employees and heads of departments were coming and going. But not for once Tesla's dreams abandoned. A car, production-ready and capable to stand among the plethora of vehicles as an equal, was a must. For this, Tesla turned head to one of the best team of experienced engineers - those of Lotus. The famous British car maker already had a name in the field of boutique race cars. Each one had its own bespoke individuality, carried through every detail - from the smallest bolt in the chassis to the upholstery and badges, Lotus cars symbolized power, strength, uniqueness. And it was exactly was Tesla wanted for its cars. 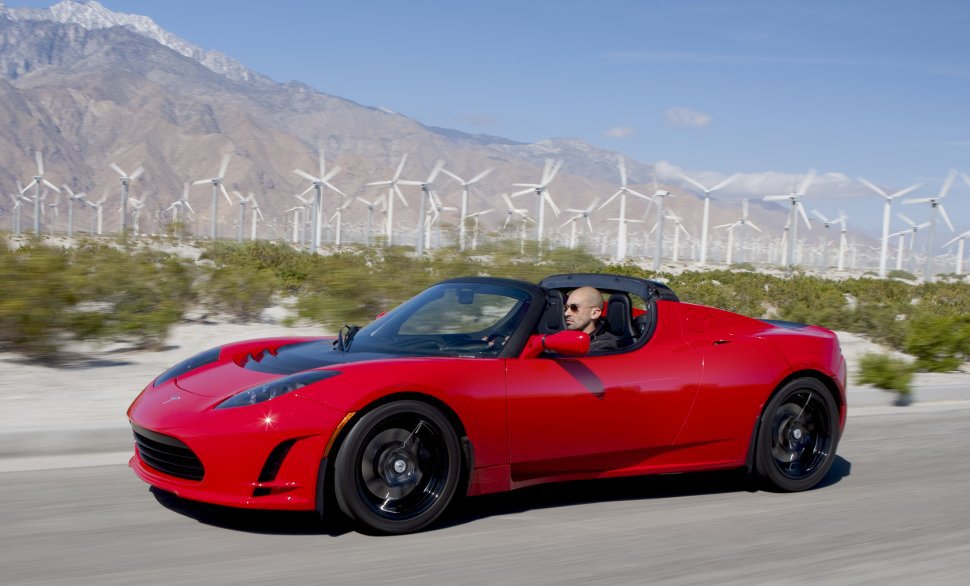 This is how in 2008 Tesla Roadster was born - the fist electric Tesla sports car. The lithium-ion battery inside the Roadster enabled it have a fully electric range of more than 320 km per charge - the unthinkable had been done. It was able to accelerate from 0 to 97 km/h in less than 3.9 seconds.Easy to handle, comfortable to drive, with 0 tailpipe emissions and tires that are able to withstand more than 160,094 kilometers without the need of change Tesla Roadster was like taken out of a car enthusiast's dream. And it's price was less than a half of that of a sports car.

But yet, Tesla was still missing something - and it wasn't just the financial stability or a high spirits. It came in the face of the adventurous entrepreneur and rising billionaire Elon Musk. Musk's attraction to technological innovations was what made him not only invest in Tesla but also demand to "sculpture" the car's outlines. Internal collisions and major fallout will eventually change the company and will draw new path. Musk's brave ideas and desires will soon pave his way up to the top, making him not only head of the entire enterprise but also a representative of its ideas and creations. For better or worse, this will be the starting point of Tesla's real progress and vehicle development. Since his appointing as a head of the corporation, Tesla's production line expanded drastically. In 2012  fully developed luxury sedan, called Model S debuted (its prototype got unveiled in 2009). The vehicle became one of America's most cherished automobiles for 2 consecutive years. Few years later, in 2015 Model X made its grand début in front of the public - a stylish SUV. Model 3  came in 2016, with the promise to enter the market sometime in 2017. The fully electric Tesla's are also one step closer to the autonomous future - something that has always been on the cards. The Autopilot in all cars,  build after 2014, enables a semi-automated driver assist. And after 2016, all manufactured Teslas got upgraded to Level 5 of full-self driving ability - the highest possible. And according to the latest news coming straight from the company's headquarters - this is only the beginning of Tesla's great plans for the future automotive world.