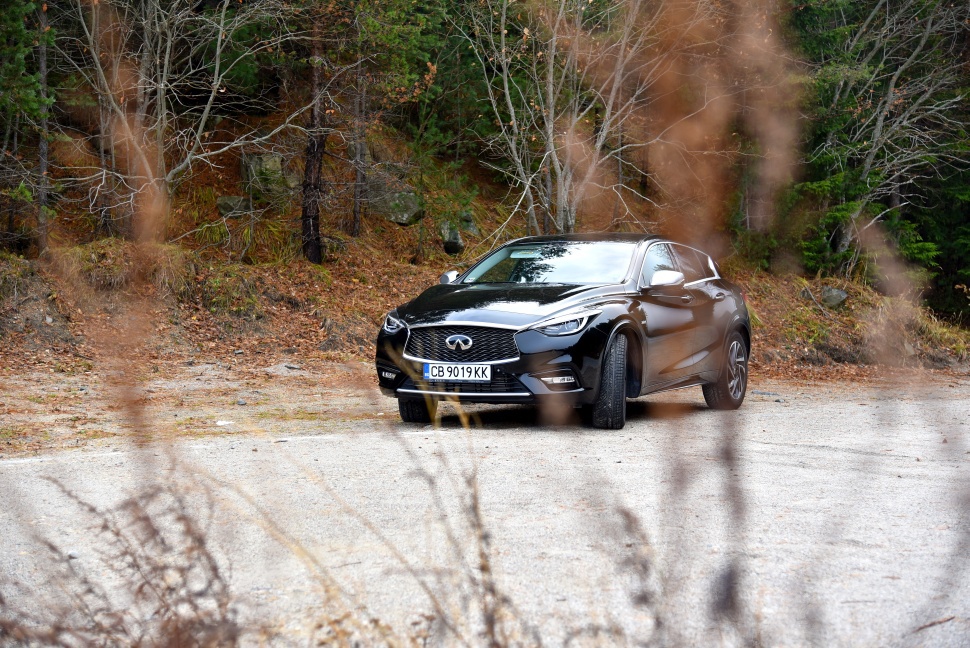 The Land of the Rising Sun could be called a cradle of technological and evolutionary breakthrough. Japan is also a home to the most ecological and best-selling cars on the planet. Car brands like Honda, Mazda, Subaru, Suzuki, Nissan, and the almighty Toyota, are just a small part of the Japanese engineering genius. We could talk for years about the greatness of this country and all the things the humanity owns it, but that's our job.

Our job is to peek behind the corporate name and into the vehicle itself, despite the name and reputation. So let's get started with a brand that has recently conquered the European car market and has become a favourite choice for a city vehicle - the Infinity Q30. Infinity is Nissan's "labor of love". Born in 1989, Infinity strikes its first sales in North America - a solid proof that the brand is on the right track. 28 years later, Nissan's beloved child has secured its place among world top 10 of prefered vehicles for a city dwellers, who want to drive in style.

The model was first introduced to the public in 2015 and described by the manufacturer and dealers as "sporty, yet luxurious crossover" during its grand debuts on the stage of some of the most renowned automotive events in the world. Speaking of style, however, amplifies the high quality of materials and precision in assembling - things we simply could not find in the Q30. Yes, the design is pretty neat and implies class, but under the hood is a whole different story. 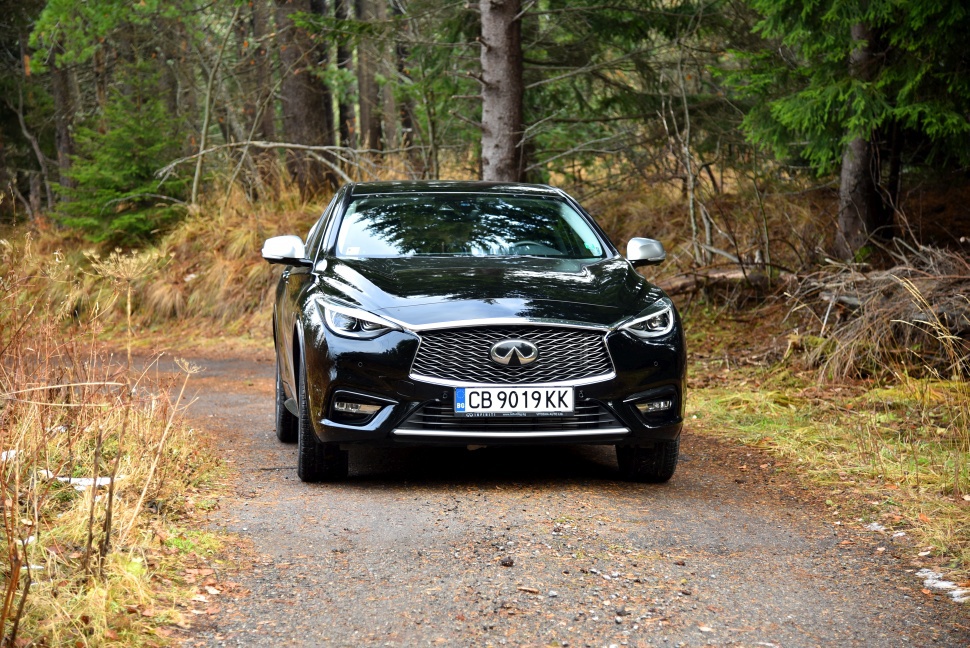 The one major reason for the astounding success of Infiniti Q30 is probably the fact that is based on Mercedes A-class. For those, who are not closely acquainted with the vehicle line, such thing triggers the desire to own a "little Mercedes" with the badge of Infinity. As for those, who know the A-class and its capabilities like the tips of their toes, this would probably press on the red alarm button. What could possible scare away the latter is the memory of the noisy and panting engine, the confusing dashboard (decorated with way too much buttons) and lastly but not the least - the cheap interior plastic panels. What bothers us the most is the fact that according to top automotive magazines and blogs' questionnaires - it's the Mercedes "heritage" that drives the sales of this particular car line off the charts. But let's give the car a try!

First, let's see the technical parameters of the car with each of the engines:

With the second engine option under the hood, the 1.6-l (156 hp) DCT, the crossover behaves pretty well. The top speed is again 215 km/h, while the acceleration from 0 to 100 km/h this time slows down to 8.9 sec. The combined fuel consumption is between 5.8 and 5.9-l per 100 km. It's a front wheel drive, pared with a 7-speed automatic DCT transmission. 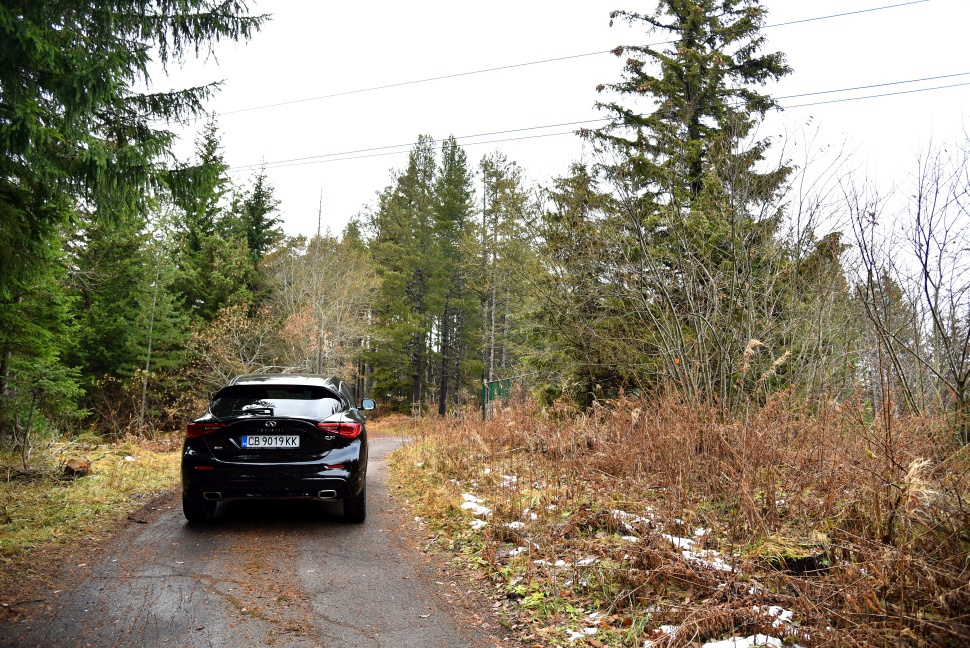 So what is like to drive the Q30? Well, we expected more!

The stiff brake pedal that came with the diesel Q30 made us feel uncomfortable behind the wheel and a bit frightened - the type of emotions one should never ever experience while driving. The paddle shifters behind the steering wheel are very useful when changing gears while turning the wheel. What annoys a lot is the noisy diesel - a huge "minus" for a premium car. Along with that, the 2.2 CDI AWD DCT happened to be a bit clumsy and slow for the sports driving it is build for.

The constantly turning on ESP on both, the diesel and the petrol variant of the Q30, is probably one of the most annoying (and dangerous) things on earth. Speeding the car while entering a turn actually triggers the ESP to intervene in the process quite harsh - making the driving risky and less exciting. One could actually feel the "slow" acceleration is when driving in Sport mode (when the automatic is on).

If on manual driving, things are much better and the acceleration could be felt. The unreasonably high position of seats and the lack of side support are also one of those moments of disappointment. Even a person with an average height of 5.6 feet would find them (the seats) uncomfortable. The steering wheel, despite its luxury upholstery and the easiness, is not a refined work. If it was the case, we would give it 3 out of 10 points due to being too indirect while on the highway. 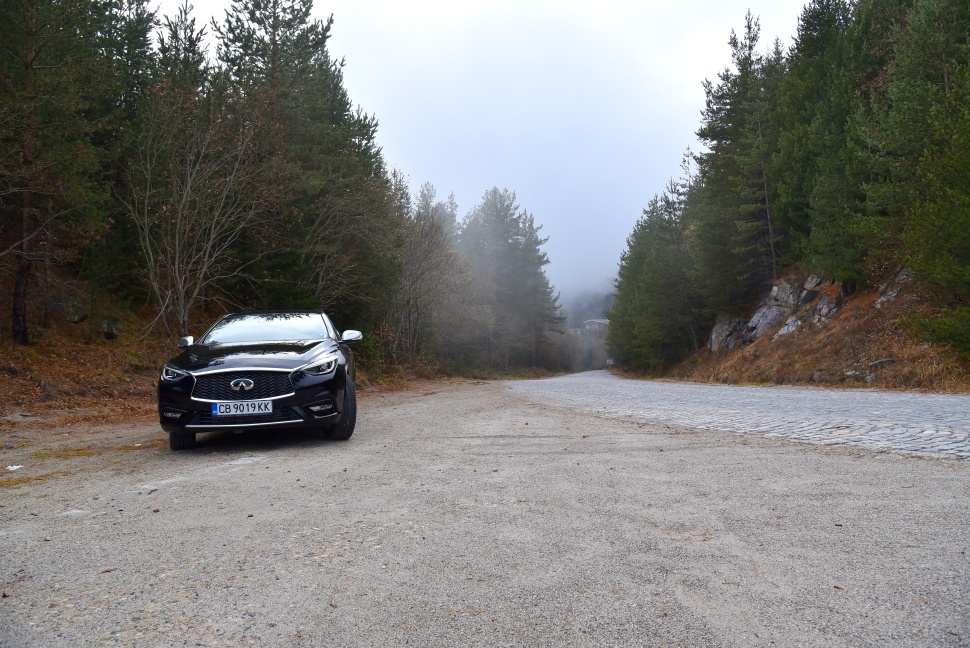 Another interesting surprise from Infiniti Q30 were the automatic folding side mirrors. For some reason the manufacturer has decided that they would unfold every time the driver's door gets opened. Guess, no one thought about the fact that the mechanisms would eventually wear out sooner than expected??

A huge plus of the Q30 vehicles is the high beam assist system. It is of a great help when driving among other cars. The disappointment comes when you realise that it actually works when you drive with about 22 mph. The Q30 has another funny, if we nay call it so, smart feature - red triangle signals the driver when approaching another vehicle on the road. Although it's helpful, it would be great if it had a sound, added to it.

The petrol Q30 shakes when the car is cold. Plus, the engine feels a bit too slow - something that does not flatter a sporty crossover. 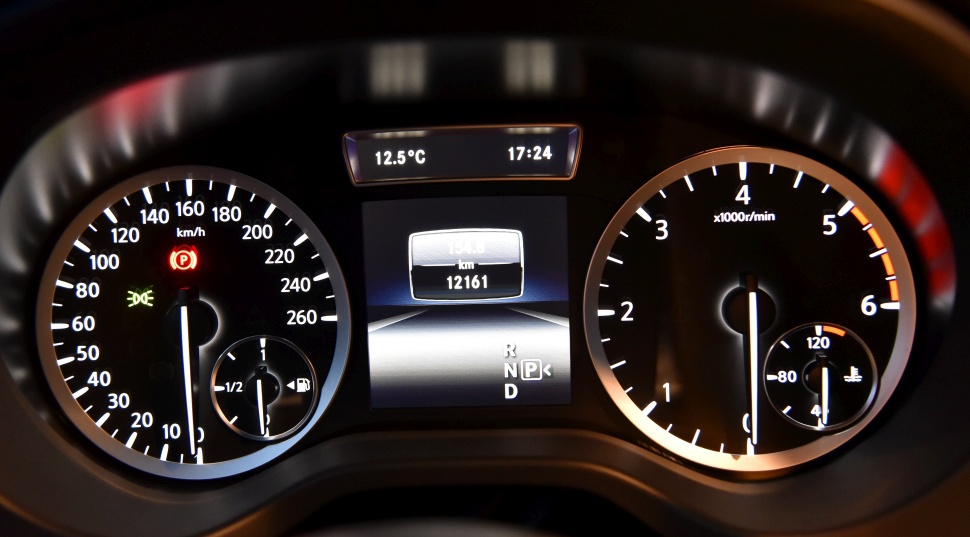 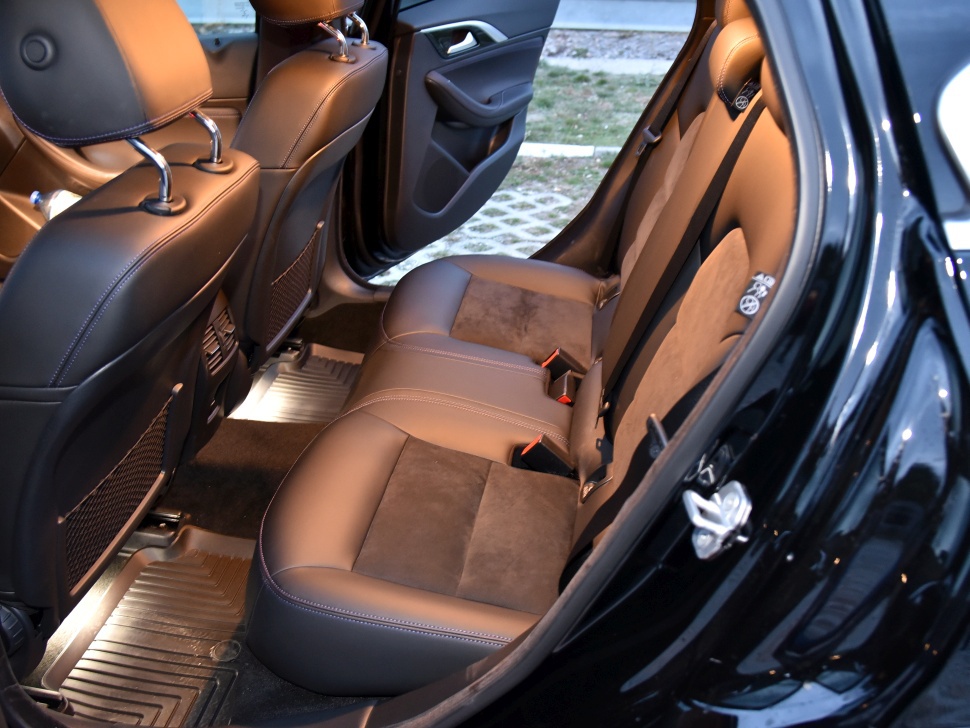 There are, however, few good things in the Q30. One would definitely appreciate the Hill Hold system, the 4 electrically operated car windows, the electric break. The suspension feels smooth. All the interior details are made out of fine leather and high quality plastic. The central console buttons are reduced to minimal.  The smart touchscreen display is one of the finest innovative technology in the luxury cars' segment - you can easily operate the car systems from there.

No noise can infiltrate the fantastically sound proof cabin. There is not much space in the back, which can be a problem if the passengers are grown ups. The petrol fueled Q30 is equipped with only one rear camera, while the diesel - with 4, enabling a 360 degree view around the car.

So, if we have to sum up our personal opinion on the Q30, we could swear that this particular Infiniti line is a pretty loose attempt for a luxury crossover. 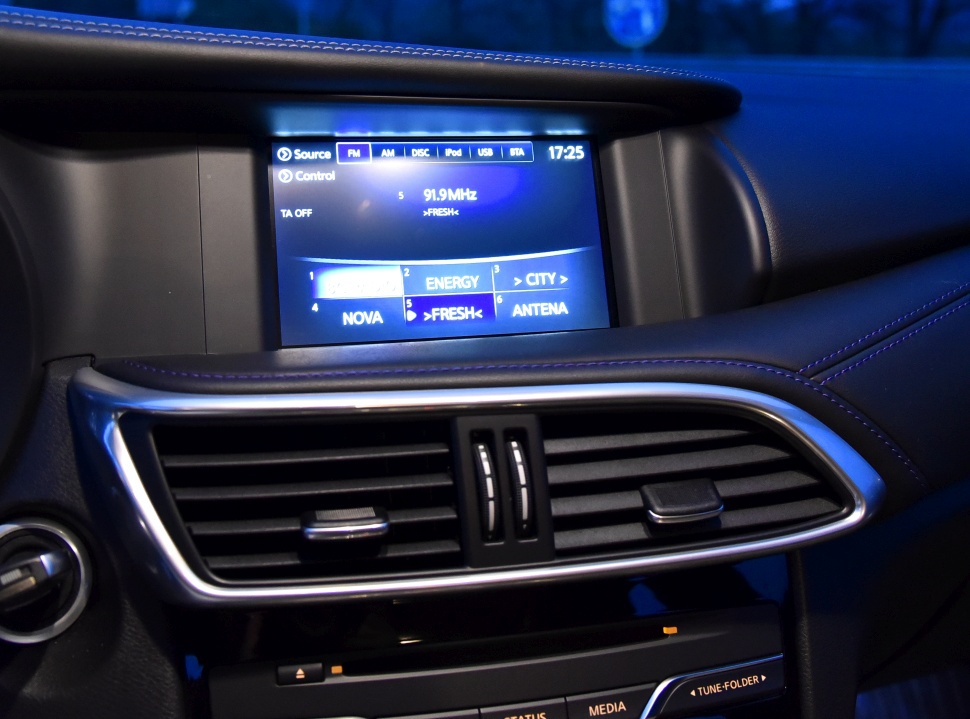 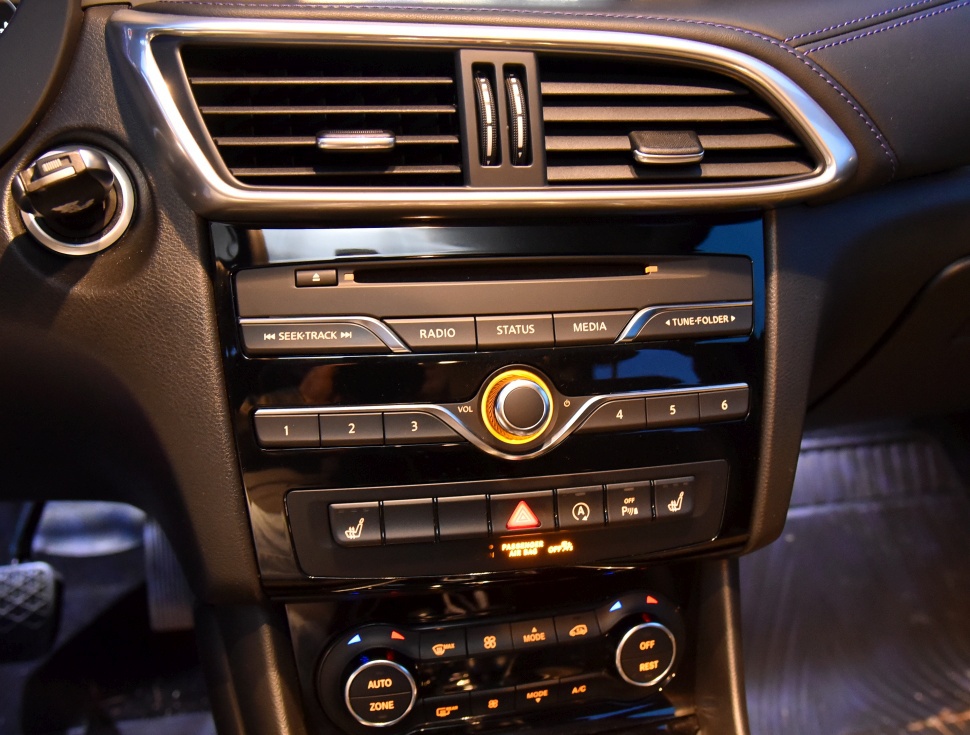 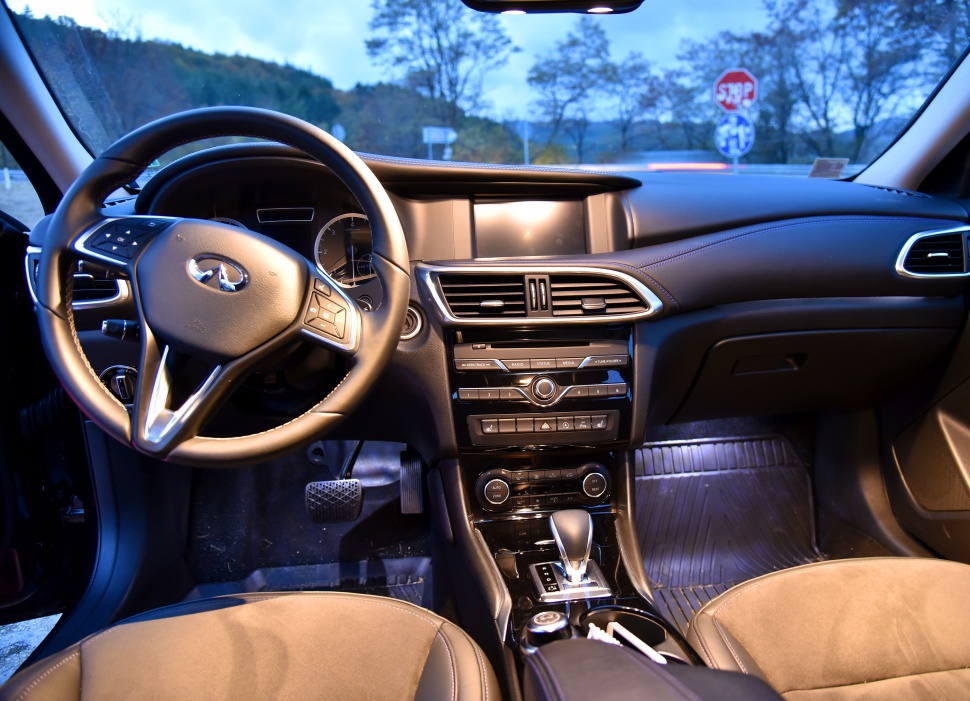