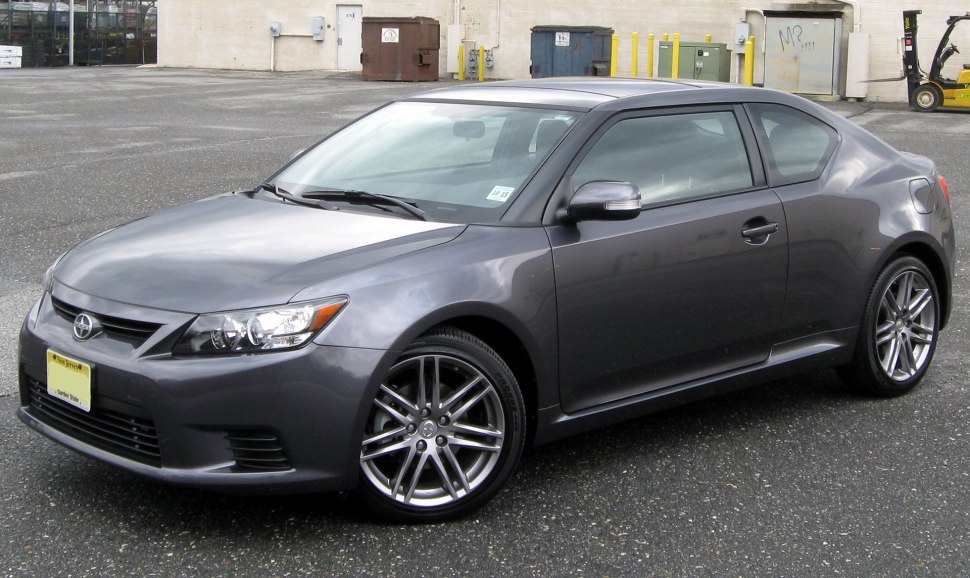 Scion tC comes from the already defunct Toyota's sub-brand - Scion. The tC model has a short lifespan. It was first introduced in 2004 (with 2005 stated as a model year) and was manufactured until 2016. Its car range expanded over 2 generations - ANT10 and AGT20. Scion tC falls in the compact car category. As a body type, it is a 3-door liftback with a front-positioned engine and FWD system.

The first generation of Scion tC marks the period between 2004 and 2007. During that period, the cars came equipped with a 2.4 i 16V (161 hp) engines, paired with either a 4-speed automatic or 5-speed manual transmission.

The generation debuted at the beginning of 2004, with 2005 marked as an official production year of the vehicles. Part of the standard equipment is the keyless entry, 17-inch alloys, and mirror-mounted turn signal lights.

This particular generation was not available in the territory of Canada. 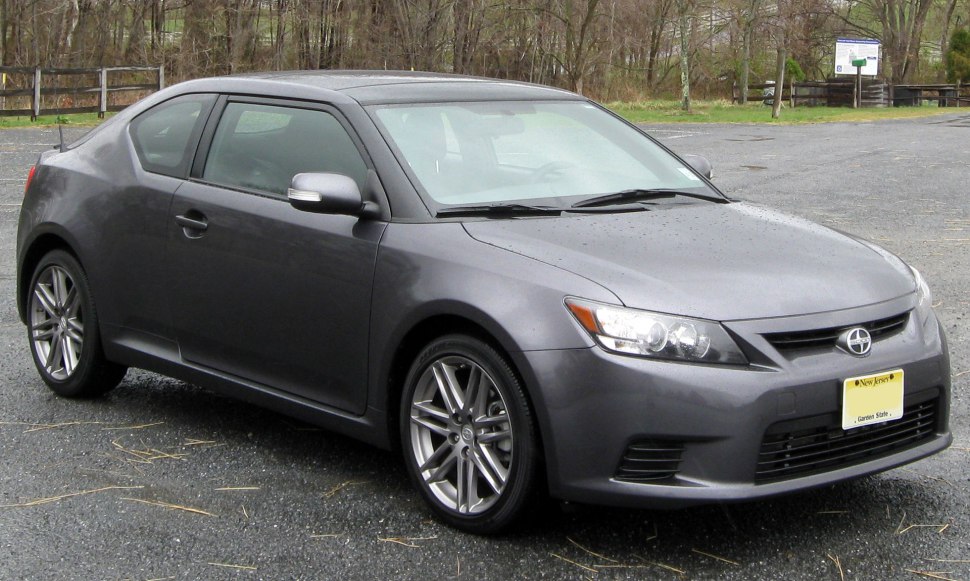 Later on, Scion released a facelift of the 1st gen. The front grille, headlights, and taillights were updated. The engined used was a 2.4 (163 hp) l. 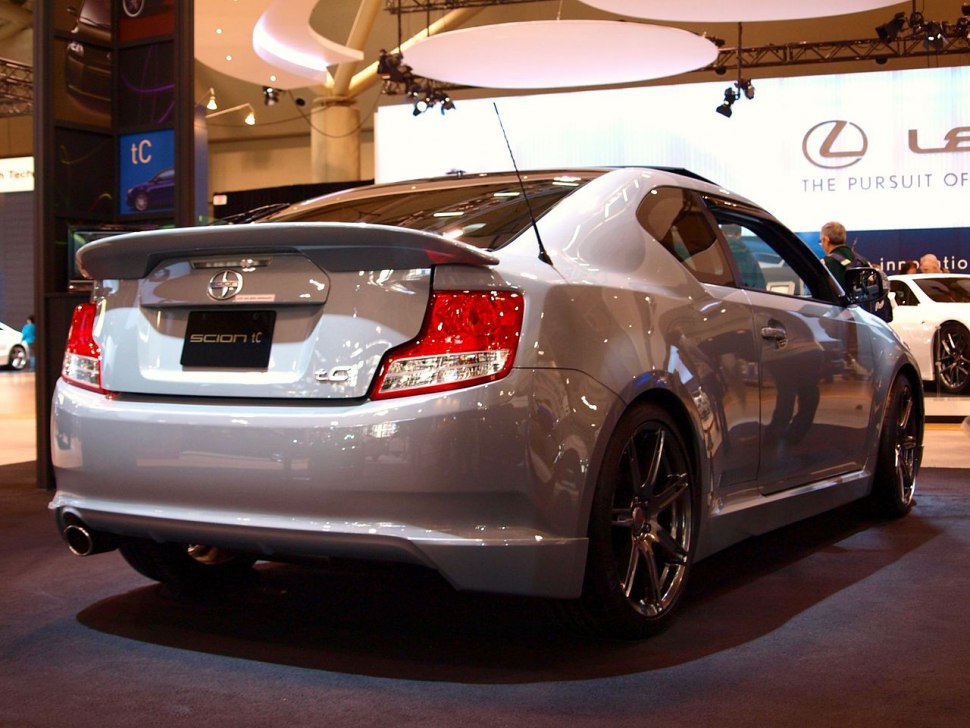 Other visual fresh details are there new head and taillights, as well as the front grille that enhances the tC's sportier and angular overall feeling. The wheels' size also has significantly increased to 18-in. Two options for transmission are offered - manual or automatic 6-speed one. Other important technical details, part of the specs sheet, are the vehicle's dimensions. The second generation sports a wheelbase of 2,700 mm (106.3 in), a width of 1,796 mm (70.7 in) and a height of 1,415 mm (55.7 in). The kerb weight of the cars varies, depending on the transmission implemented. The automatic transmission adds few extra kilos so the kerb weight of the tC is 1,433 kg (or 3,160 lb). With the manual transmission, the car's kerb weight is 1,402 kg (3,090 lb).

Due to low sales numbers, Scion's line was discontinued and the brand went into history.