Audi S4 is a performance variant of Audi's compact executive car A4. The first generation of Audi S4 has been built from 1991 until 1994, and it was a performance-oriented version of Audi's 100 saloon/sedan. All subsequent S4s after 1997 have been based on the Audi A4; and so when the A4 has evolved from one generation to the next, S4 gets new-gen, too.

Many upgrades are done over the sibling models 100 and A4, so as to reach the vision and performance of S4. The model easily becomes a flagship of Audi.

More powerful internal combustion engine, larger upgraded brakes, firmer suspension, larger wheels, and distinctive sheet metal, styling clues and badging have always been amongst the many upgrades the S4 receives over its mainstream 100 and A4 siblings. In markets where even high-performance RS4 is not offered, the S4 is the top-of-the-line trim of the A4 family. 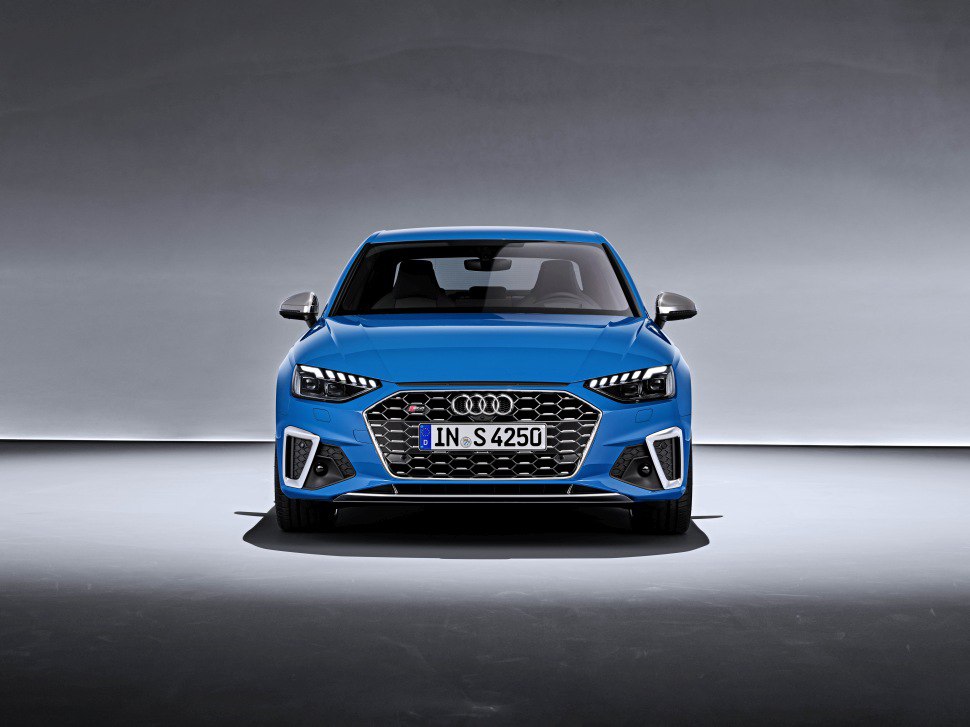 All S4 variants have longitudinally orientated front-mounted engines. The original C4 version uses a single turbocharged 2.2-litre inline five-cylinder, while the next-gen S4s (based on B5 platform) have 2.7-litre twin-turbocharged V6 engine. The B6 and B7 versions (respectively – the 3rd and the 4th generation) share a common 4.2-litre V8 engine. This was the first time that a V8 engine was placed in a compact executive car. The latest B9 generation is powered by a turbocharged 3.0-litre V6 TFSI engine, as opposed to a supercharger like in the previous iteration.

Quattro four-wheel drive system with Torsen-based central differential is typical for the whole Audi “S” line. The transmission in all S4 range is mounted longitudinally at the rear of the engine.

The first generation is based on C4 platform and is also called Typ 4A. It is in production from 1991 to 1994. A more powerful and exclusive version known as S4 Plus makes its entrance at some point in 1992. While the original S4 was available with only one engine - 2.2i 20V Turbo (230 Hp) quattro, the upgraded S4 Plus offers two engines:

The first generation is available as wagon (combi) or saloon (sedan).

From 1997 to 2002 in production is the second generation of one of the most successful Audi models S4. It is based on new facelifted B5 platform and is offered with only one engine: 2.7 BiTurbo V6 (265 Hp) quattro. It is capable to generate 400 Nm of torque at 1850rpm. The engine is coupled with either 6-speed manual or 5-speed Triptronic automatic transmission. B5 S4 has an electronically limited speed of 250km/h, making it the fastest sedan vehicle in Audi’s line-up for its time. The model is offered with a saloon(sedan) or wagon(combi) coupes. The model features a variety of optional equipment like heated seats, side-mirrors heating, expandable ski rack, sunroof. B5 S4 has also a motor-racing version- SpeedVision GT.

The debut of Audi B7 platform in S4 model (based on Audi B7 A4) is in late 2004. However, the fresh traits of the new generation are only a few cosmetic changes. The new Typ 8 platform cause redesign of the car’s exterior. The model has three sub-designations – one per each coupe version:

Typ 8K marks the next, fifth, generation of Audi S4. B8 platform enters factory production in 2009 and offers variants for saloon(sedan), Avant(wagon/combi) and 2-doors Cabriolet. This particular S4 generation is equipped with smaller all aluminium-alloy 3.0-litre TFSI V6 engine generating 333hp and 440Nm torque. The powerplant is mated to either 6-speed manual transmission or 7-speed S-tronic dual-clutch transmission. Top speed Audi B8 S4 is 250km/h and acceleration from 0 to 100km/h is 5.1sec.

The latest generation of S4 model is based on B9 platform. Announced in 2015, it goes into production line in 2017. Notable changes are the modernised exterior outlines, wheel design and the new turbocharged V6 engine. This generation S4-s features a 354hp aggregate, which is paired with an 8-speed torque converter automatic gearbox. No other transmission variants are available, for now.

All versions of the S4 have been manufactured at Audi's plant in Ingolstadt, Germany. They are available as a four-door five-seat saloon and a five-door five-seat Avant (Audi's name for an estate car/station wagon) body styles since the model's inception back in 1991. A two-door four-seat Cabriolet (convertible) S4 variant was introduced as part of the B6 and B7 generation A4 lineups. The B8 Cabriolet has now been built off the A5 coupe body style and the "S" variant is marketed under the Audi S5 nameplate.