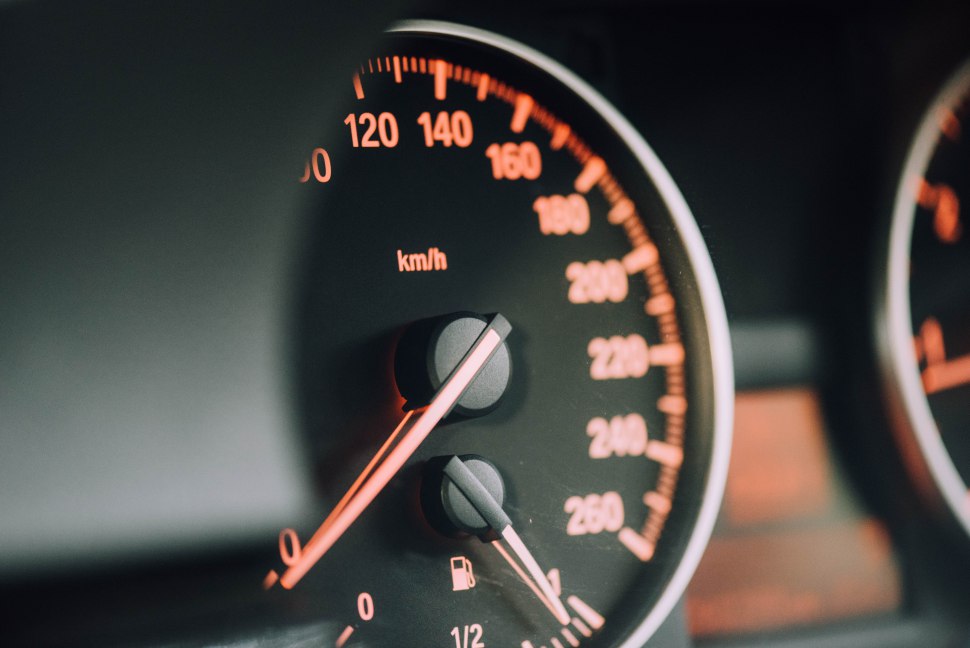 It's Friday night and you are wondering where to go and what to do. In the midst of the battle between weekend ideas, you suddenly jump, grab the car keys and before even blinking your foot is pressing hard on the pedal. The rest is history, dressed in the stills from iconic movies with fast cars, engaged in a ferocious battle with the clock.

And while the dreams are still the same, the cars aren't. They've evolved - they've grown bigger, have a better design, including latest technological innovations. But what's more - they've become faster.

So without further ado, here's something to feed our desire for speed - Top 10 Fastest cars in the world in 2019.

Tesla has become an international household name in just a few years. Even before Elon Musk, the American car manufacturer managed to attract people's attention with its innovative way of transportation and showcasing incredible for its time technologies. However, it's the period after the Canadian American business magnate and entrepreneur that made Tesla a major player in the automotive world.

And despite the recent commotions and rumors of financial turmoils, a serious number of car recalls due to various technical failures and contraction of production, Tesla did not get scared. In fact, the company is ready to release on the fastest electric vehicles on roads - the 2020 Roadster.

With it's athletic and aerodynamic shapes and latest technology innovation implemented, the upcoming Roadster is definitely going to be a serious competition in terms of speed: exceeding 400 km/h. For an electric vehicle, this is fantastic. To make it even more attractive, the Roadster will sport an autonomous range of 1,000 km. 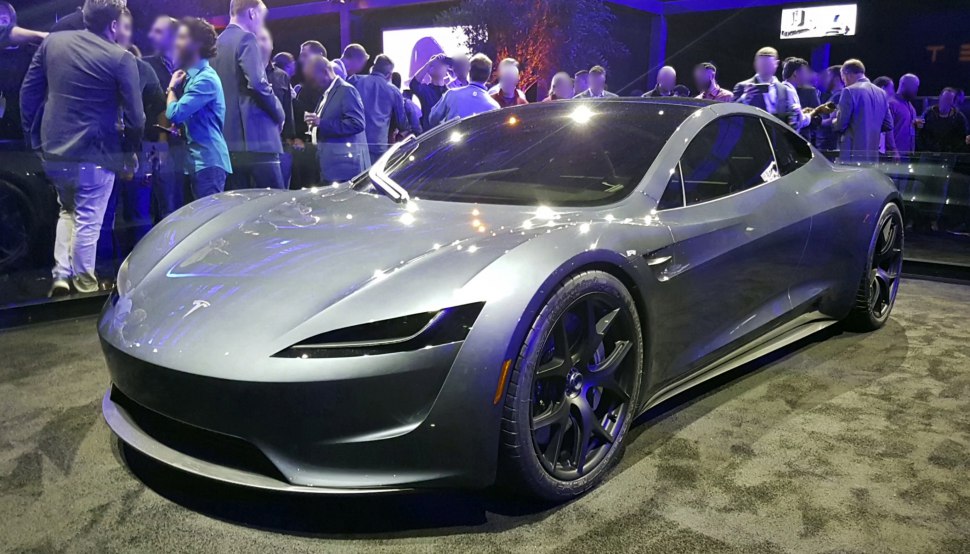 The British car maker has made a name for offering the market one of the most luxurious and breath-taking (in terms of performance and design) cars. It's no wonder that even Mr. Bond prefers their creations whenever on a mission to save the world.

Aston Martin's Valkyrie is no exception. Debuting all over the world's most significant car shows in few different forms, it is 2019 when the model actually premiered in its production-ready form.

Made of high-quality ultralight materials and fitted with a beastly 6.5-l Cosworth naturally-aspired V12 powerplant (1160 hp) and a specially-developed Ricardo 7-speed dual-clutch transmission, it's the top speed of 400 km/h (according to Aston Martin's information) that give wings to this monster.

Limited to only 150 units, each accompanied by a price tag of US $3.2 million, Valkyrie is for sure ready to offer a bundle of high emotions and fantastic road performance. 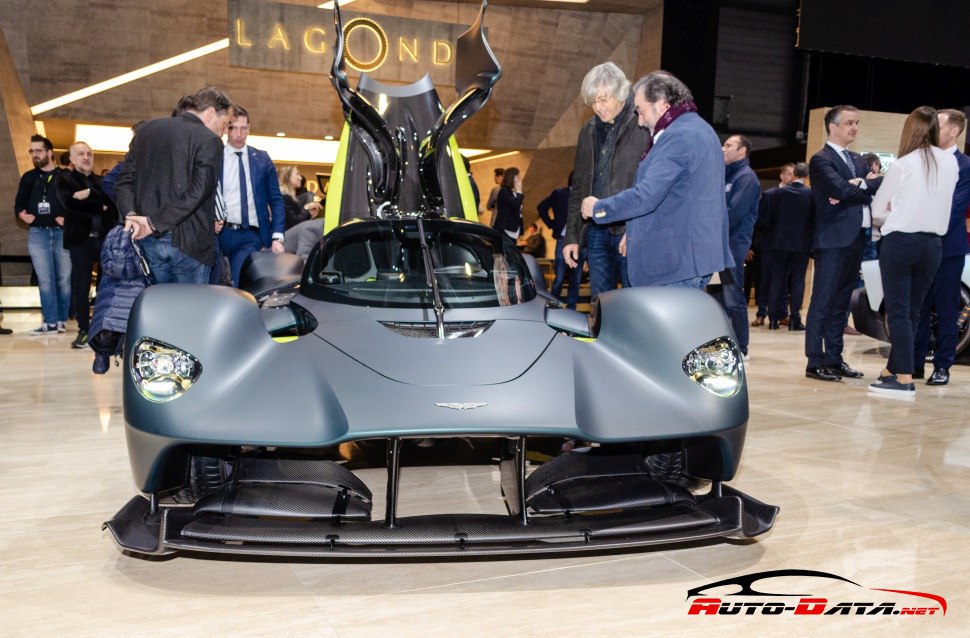 Back in 2007, one of SSC North America's (know simply as SSC) sports cars was crowned by Guinness World Records with the title "the fastest production car in the world". The car's speed locked at the officially limited 256,18 mph (412,28 km), which was a great success at the time. 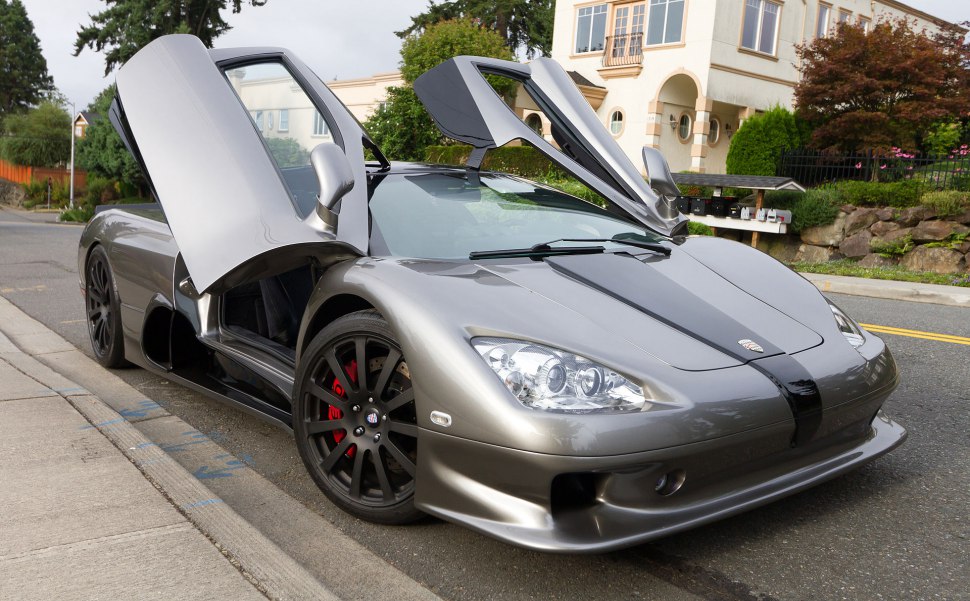 Interesting fact: Guess who dethroned in 2010 SSC's from the Guinness Records for fastest production vehicle in the world? It was Bugatti's Veyron Super Sport supercar.

Next in our list is a car that proves that supercars are not a reserved territory only for the big names in the industry. Driven by the idea that the humankind needs a supercar, fitting the standards of the 21st century, Croatian-based Rimac Automobili gave the world the stunning Rimac C_Two. Despite being a concept, the C_Two model has all the characteristic to be among the fastest cars in the world.

The sporty coupe hides under its bonnet a powerful electric motor of 120 kWh (1914 hp). The acceleration from 0 to 100 km/h takes the staggering 1.9 seconds, while the most important parameter, the top speed, is locked at 412 km/h. 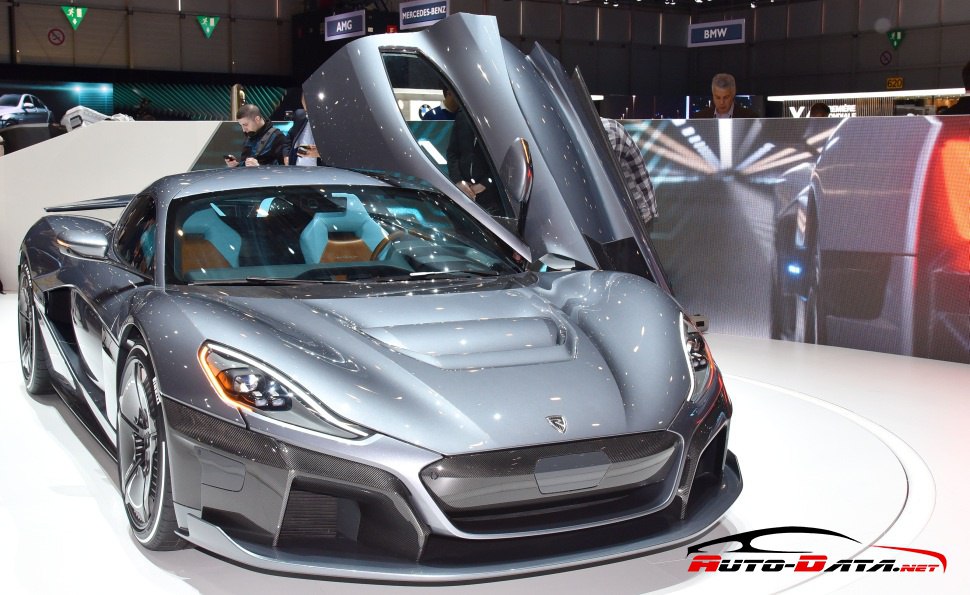 Bugatti is famous for its extravagant and exclusive supercars. Besides that, the luxury car maker has two major wins under the belt - 2 of the world's fastest automobiles are in his portfolio. One of them is the 2016 masterpiece, the mesmerizing Chiron.

Elegant, powerful, maneuvering and fast - it's a dream car for every car nut and speed lover. 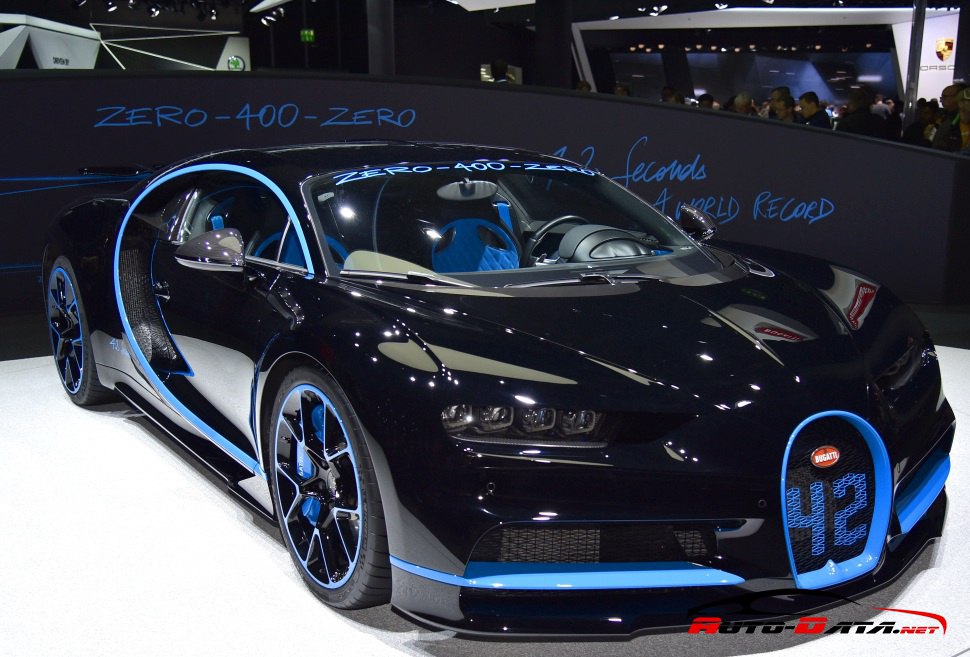 Yep, that's the car that in 2010 took without hesitation the title "fastest production car in the world" from SSC's Ultimate Aero. Almost 10 years after the iconic win, it is still the fastest production Bugatti car and the most famous from all of the company's models.

It might not be the prettiest of all Bugatti's but EB Veyron 16.4 Coupe Super Sport is a no joke in terms of agility and speed excellence. 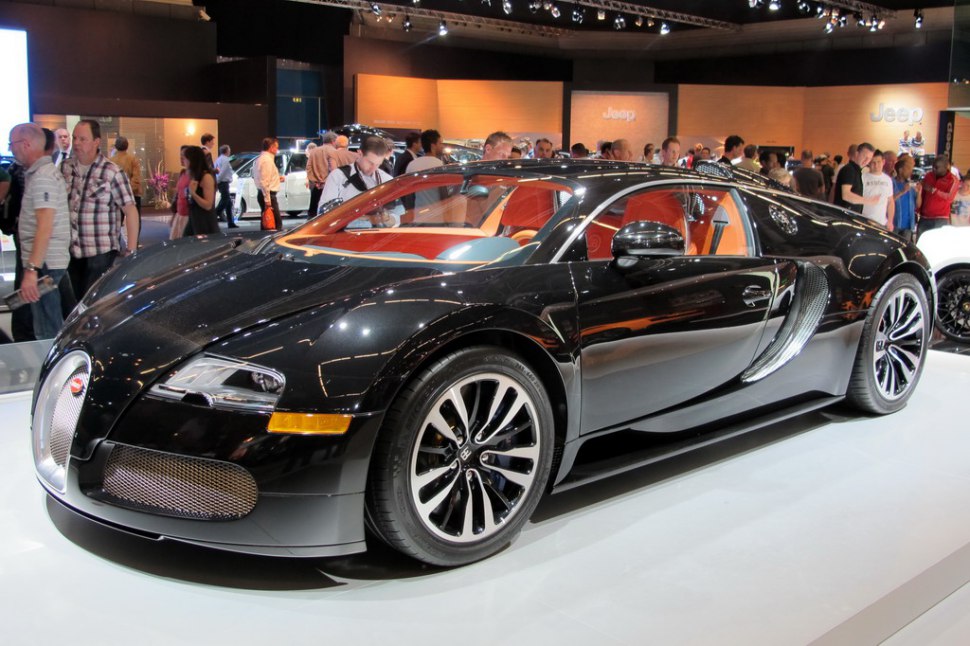 FaceMePLS from The Hague, The Netherlands [CC BY 2.0 (https://creativecommons.org/licenses/by/2.0)], from Wikimedia Commons

Quite close to the top 3 world's fastest cars is an American-made speed demon - Hennessey Venom GT. Based on the graciously sliding through the air Lotus Elise/Exige, Hennessey's Venom GT rewrote the automotive history and made it to the Guinness World Records when it became the fastest road-legal automobile in 2013.

The vehicle draws its power from the mighty 7.0 V8 (1261 hp) engine. With its aerodynamic outlines and light body construction (just 1244 kg kerb weight, due to the carbon fiber wheels and bodywork), paired with a 6-speed manual transmission, the 2014 Hennessey's Venom GT can simultaneously send a mixture of shivers and adrenaline boosts down the spine of its driver. 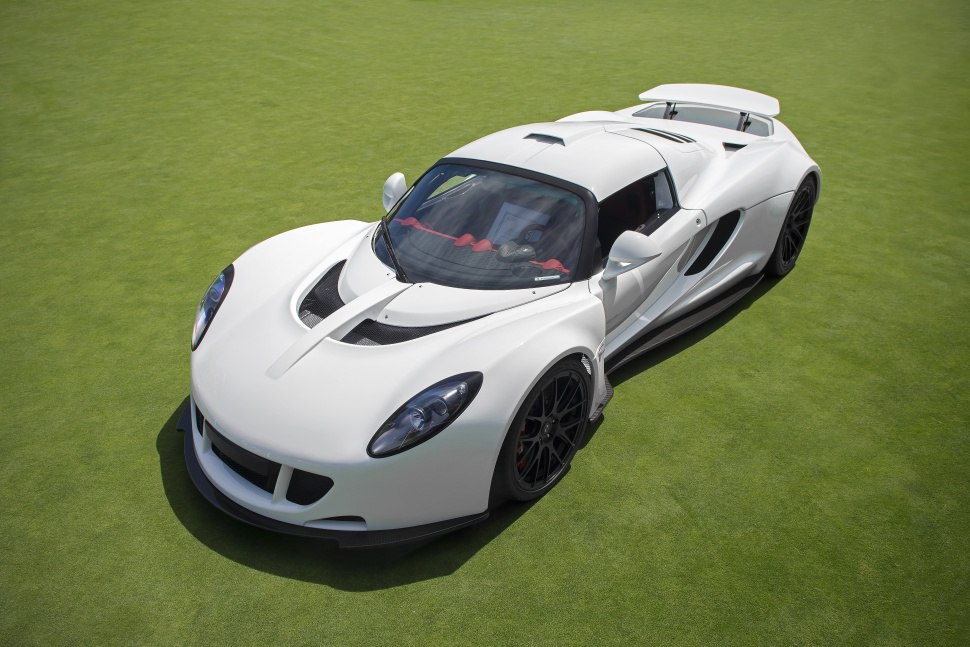 Manufactured between 2015 and 2016, Koenigsegg's Agera RS model is in TOP 3 Fastest Cars on Earth charts. What's fascinating about is the top speed of 443 km/h and the monstrous acceleration from 0 to 400 km/h and back in 36.44 seconds, during a track test. This result is due to the powerful RS 5.0 V8 (160 hp) engine unit, coupled with a 7-speed automatic transmission. 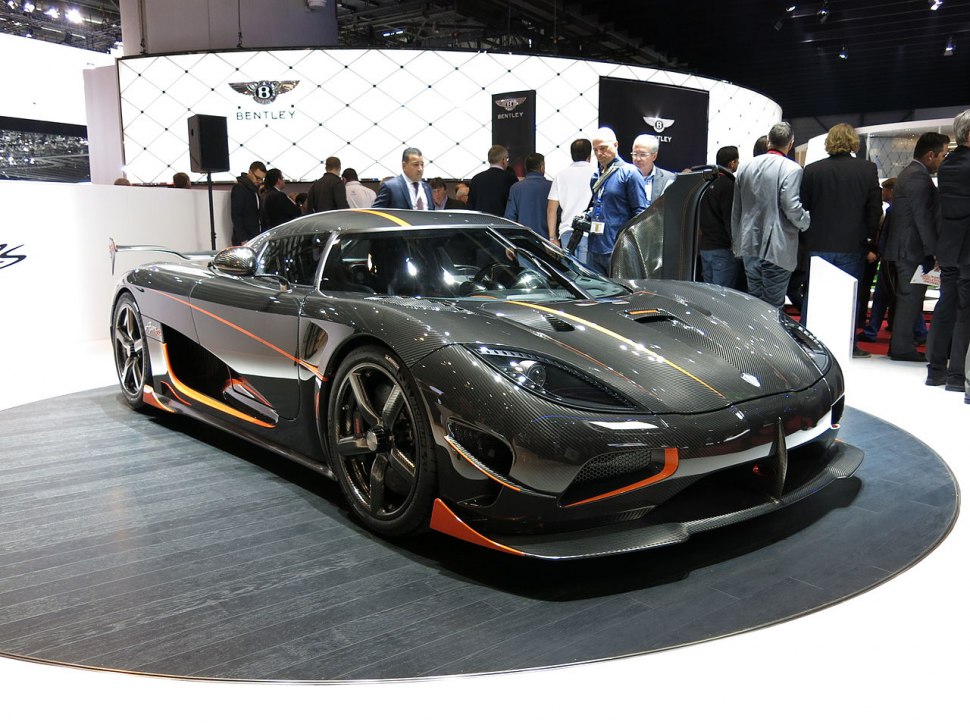 By Norbert Aepli, Switzerland, CC BY 4.0, https://commons.wikimedia.org/w/index.php?curid=38710314, from Wikimedia Commons

So close to the title "fastest car in the world" is another SSC vehicle - 2019 Tuatara. The vehicle's concept version was first introduced to the world back in 2011, and now, in 2019 the car maker is finally ready to show the production version. Deemed to the be the rightful successor of the powerful SSC Ultimate Aero, Tuatara could proudly brag about its omnipotent racing specifications.

Under the bonnet of the fiery-breathing beast lies a 5.9-l V8 twin-turbo engine, paired with a 7-speed automatic transmission. Stylish aerodynamic outlines are combined with ultra strong and lightweight body kit.

Although still not officially confirmed, the estimated top speed of this beast is expected to reach (and even exceed) 444.18 km/h (276 mph) and to sprint from 0 to 90 km/h (0-60 mph) in approximately 2.5 seconds. On papers, SSC Tuatara 2019 is the second fastest car in the world. 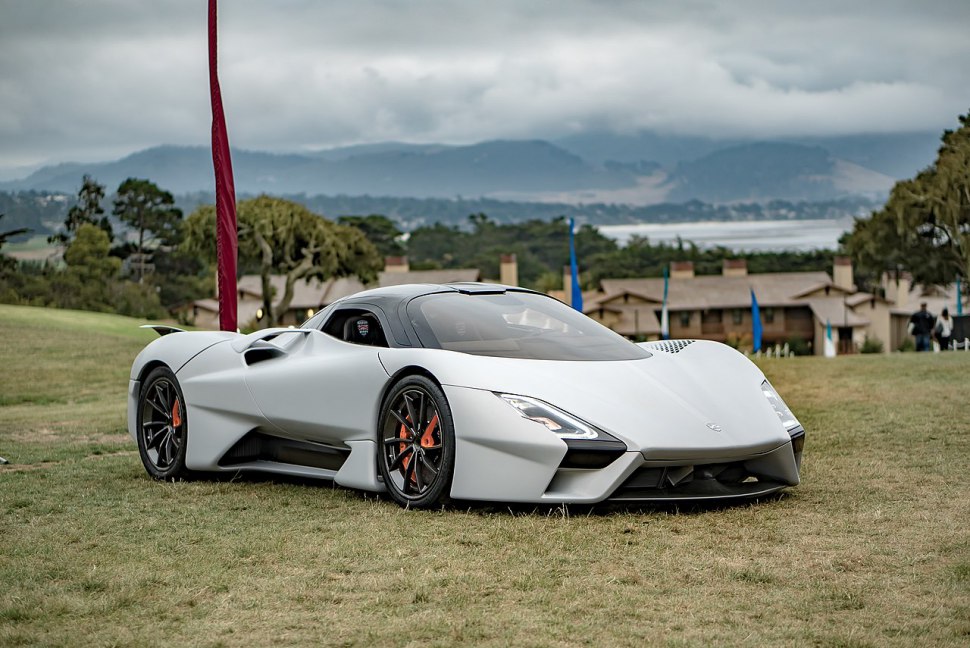 SSC Tuatara's production version is expected at some point this year.

The winner in our list of top 10 fastest cars in the world is another Hennessey car - Venom F5. Named after the fastest in the Fujita scale tornado, F5, this American beast is still waiting for its official reveal sometime this year.

Showcased for the very first time in front of an audience two years ago, in 2017, Venom F5 has undergone few technical transformations. The most notable of them is the engine. Originally planned with a 7.4 L twin-turbocharged engine, the upcoming F5 will eventually enter the automotive world with a 7.6 L powerplant (1600 hp @ 1,763 Nm).

According to the manufacturer's statements, F5 is expected to lock a top speed of 484 km/h (301 mph - recorded via V-MAX speed-tracking system) - automatically making it the fastest automobile on earth ever made. With such a speed it's no wonder that the expected acceleration from 0 to 300 km/h ( 0-186 mph) will go under 10 seconds and from 0 to 400 km/h (0-249 mph) - approximately 20 seconds.

With its gracious active aerodynamic lines, lightweight construction (estimated kerb weight of 1,338 kg) and Brembo breaks, Hennessey Venom F5 is nothing like one have ever imagined.

Since its purpose is top the supercars' range in any possible way, it's no wonder that the manufacturer offers two options for transmissions - a 7-speed single-clutch semi-automatic and a 6-speed manual (for a maximized driving experience). 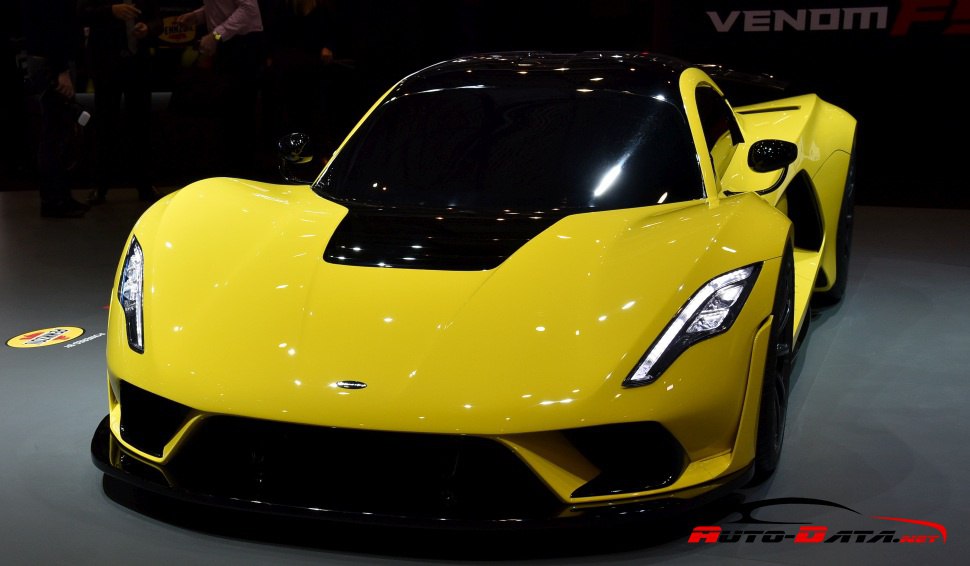 And although still not officially launched, we could only hold our breath and silently envy those who will one day sit behind the wheel of this magnificent king of the road.