Nissan Navara - journey through the years for the iconic model

In 1997, Nissan decided to finally retire the D21 compact pickup model. The replacement was D22 – a vehicle with similar size and capabilities. Along with D22, D40 and D23 models also carry the same nameplate.

Navara is used for the cars, intended for Asia, Europe, Australia, South Africa, and New Zealand. For the Americas (North, South, and Central) plus few specific markets, Nissan offers the pickup as Frontier. 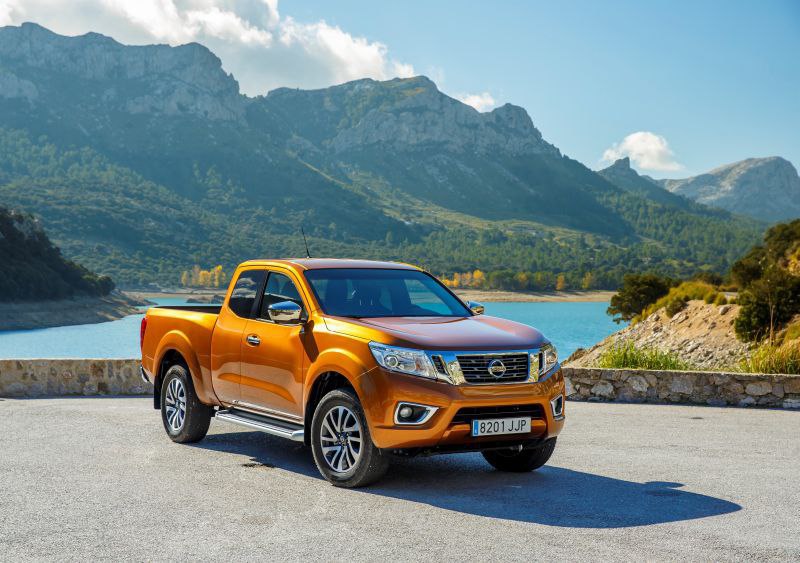 The vehicle itself is a compact pickup, with a front-engine position. The drive system can be either a rear-wheel-drive or a front-wheel-drive. According to the market it was offered by, the D22 is known under a substantial list of alternative names: Nissan Frontier, Nissan NP300, Nissan Fiera, Nissan Hardbody, Nissan PickUp, Nissan Terrano, Nissan Winner, Nissan Skystar, Nissan Big M Frontier, Nissan Frontier Bravado, Dongfeng/ZNA Rich, Peugeot Pick-Up (expected in 2020), Giad Pickup and Bhamo Pickup.

The massive pickup is closely related to other vehicles from Nissan production line-up – Xterra, Pathfinder, Patrol, Paladin, and Oting.

The USA version of the Navara, known as Frontier, came as three different body types – a Single Cab, a King Cab and as a Crew Cab. The latter was introduced in 1999. The implemented engines were petrol and diesel one, both paired with a 5-speed manual gearbox. The wheel drive system was available either as 2WD or 4WD. 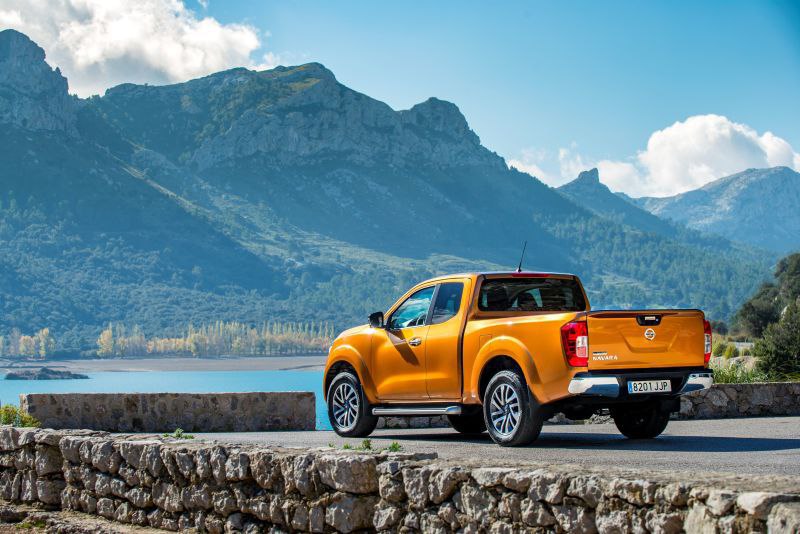 A special edition of the Navara/Frontier was introduced to the 1999 production pickup trucks – called Desert Runner. It was built on the King Cab basis, but utilizing a 4x4 body frame. The result of this was a vehicle with higher ride height, bigger wheels and tires, and boosted V6 engine. Due to its massive proportions, Desert Runner got a 2WD, paired with a 4 or 5-speed transmission. Apart from under the bonnet changes, Nissan offered a fresh exterior look, too.

D22 received a facelift in 2000 when the Japanese automotive manufacturer showcased the new addition during the Chicago Auto Show. Aiming towards younger prospect buyers, Nissan’s D22 facelift displayed much bolder exterior and interior features. Its Crew and King Cab variations also came with a new look – fresh grille and bumpers, head and taillights set, tailgates and incorporated fender flares were amongst the features.

With the facelift, Nissan set a trend of separating Frontier and Navara models from each other, by offering them a different inner and outer look. For example, a different grille, tailgate elements, and interior were used for each of the nameplates.

In the Australian car market, D22 Navara offered in its second series a revised front end and brand-new ZD30 diesel powerplant. From 2015, D22 was replaced with NP300 model.

In Brazil, Frontier (known as Navara in other markets), came as a 2WD diesel Single Cab or diesel-power Crew Cab equipped with 2WD or 4WD, manual 5-speed transmission. From there, it was exported to Argentina (with the Brazilian variants) and Mexico as a 2.4 l petrol-powered, 2WD, manual 5-speed Crew Cab.

For the Bolivian car market, Frontier (Navara) came as a 4WD with either petrol or diesel 2.4 l aggregate (Japanese specifications). It was also available with Mexican specs – Single Cab, long bed with a 2WD petrol engine. 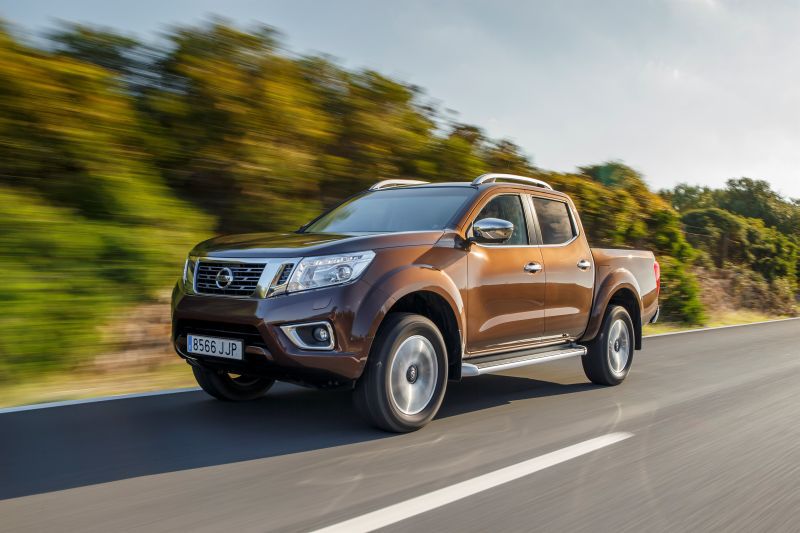 Nissan Frontier/Navara second-generation (D40) was released in 2005, sporting a new redesign. Built on Nissan’s F-Alpha platform, it resembled a lot the manufacturer’s Titan truck in terms of body shape. Along with that, it was closely related to Infiniti QX56, Nissan Pathfinder, Nissan Navara, and Xterra.

Just like with the previous generation, this one also had other names due to targeting different markets. Apart from Navara/Frontier, it was also called Suzuki Equador, Navara Brute, Frontier Navara and ACMAT ALTV. Again, the front-positioned engine is combined with a rear or four-wheel-drive system. The aggregates available with D40 are 2.5 l I4 and 4.0 lV6 (261 hp) petrol, and 2.5 l I4 (142 hp) and 3.0 l V6 (240 hp) diesel ones. They are coupled with 5-speed manual/automatic, 6-speed automatic or 7-speed automatic gearboxes. The latter comes with the 3.0 l V6 diesel engine.

In Europe, Navara (Frontier’s European variant) came in 2006 with a Euro IV and four trims (S, SE, Outlaw, and Aventura). 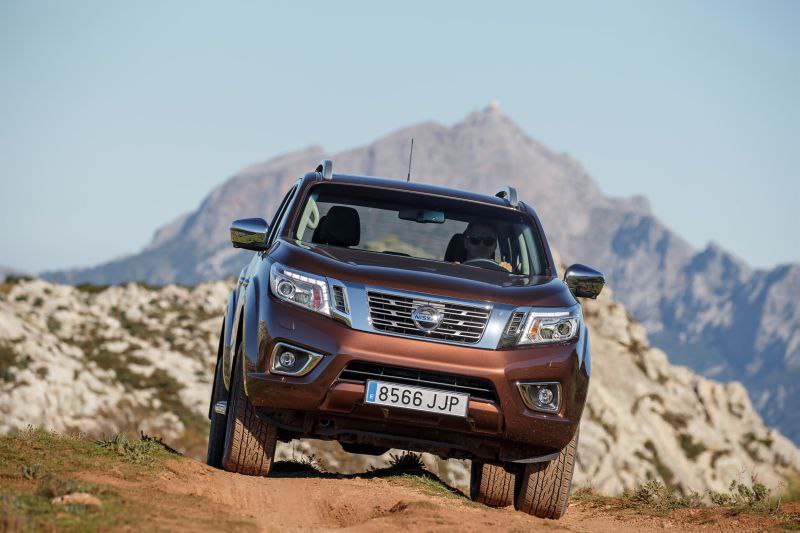 In 2008, D40 Navara undergone little changes – mostly cosmetic, with few infotainment tweaks. This change came to Thailand in the shape of a Single Cab, while in Malaysia – as a Double Cab with 172 hp and 5-speed automatic as a sole option. In 2009, the Double Cab got a 6-speed manual. Also, the Navara Calibre model was added to the existing production line with 144 PS. Its engine was paired with a 5-speed automatic or a 6-speed manual gearbox.

D40 received a minor facelift in 2009 (for North American Frontiers) and 2010 (for European Navaras). Navaras got a new 3.0 l V9X V6 turbodiesel (240 hp) and a reworked 2.5 l dCi. Bonnet and headlights shape were revised, the front V-shaped grille and the bumper got rounder, bespoke 17 or 18-inch alloys were added.

Along with the exterior, the interior has also changed. Nissan decided to use higher quality materials when it came to the dash and seat upholstery, as well as the interior mould. Vehicle’s central console, fascia, and door trim also underwent a makeover. New features like dual-zone climate control, a trip computer, externally mounted gauges for measuring temperatures, speed-sensitive windshield wipers and Vehicle Dynamics Control system also made their way into the Navara. 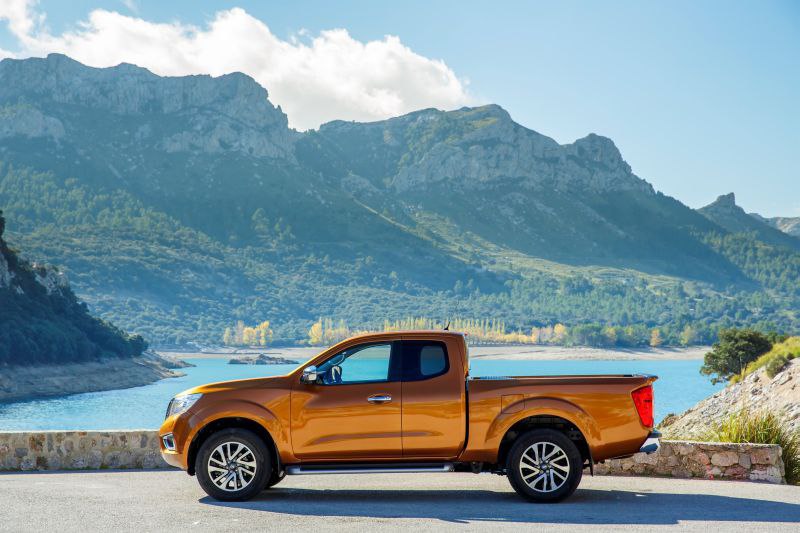 The third-gen, codenamed D23, came in2014. Unlike the previous two, it was not marketed in Canada and the USA. This generation of Navara is also known internationally as Mercedes-Benz X-Class, NP300, NP300 Navara, Renault Alaskan and Dongfeng Ruiqi 6 (in China). It falls under the mid-sized pick-up vehicle category, with two layout variations: front-engine RWD and front-engine FWD. The list of powertrains includes one petrol and three diesel units. The petrol is a 2.5 l I4, while the diesel variants are 2.3 l I4-T, 2.3 l I4-TT, and 2.5 l I4-T. Aggregates are mated with either a 7-speed automatic or 6-speed manual gearboxes.

In terms of technology, the 2018 edition of D23  includes Nissan’s Intelligent Mobility tech pack, featuring an Around View Monitor and a blind-spot monitoring system.