Honda Fit (know also as Jazz) was first introduced in 2001. The car is a compact hatchback, with 5 doors, front engine position and with 3 generations produced till this day. Fit shares a platform with some of Honda's quite popular models like City, Mobilio, Freed and Airwave, resulting in attractive cargo volume, spacious cabin and interior that offers a lot of options for configurations.

Thanks to its popularity all over the globe, Honda Fit is available in different configurations - depending on the market it is offered. Based on the latter, Fit is either an FWD or a 4WD.

The Japanese manufacturer slowly phased-in Fit on different car markets. In Europe, Fit came in at the beginning of 2002, while in Australia it was introduced later the same year. A year later, in 2003, Honda Fit entered South America's, South Africa's and South-East Asia's market. In China, Fit (called also Jazz) debuted in September 2004. Mexico got the car almost at the end of 2005.

Honda Fit's first generation was released in 2001 and continued until 2008. It features 2 modifications, each fitted with a different engine - a 1.5 i 16V (110 hp) and 1.3 i (86 hp). Both are front-wheel drive and share the same parameters (according to the official specs sheets) - 2450 mm (96.46 in.) wheelbase; 1455 mm (57.28 in.) front track; 1445 mm (56.89 in.) rear (back) track. Along with with that, common for both cars are also the front, transversely situated engine, the multi-point injection fuel system, the hydraulic power steering and the suspension system (front wishbone and rear hellcat spring). Honda offered its Fit 1st gen with the possibility to choose either automatic or manual 5-speed transmission.

The second generation came marked the period between 2007 and 2014. However, the model years are 2009-2013 for USA and 2009-2014 for Canada. What notably differs the 2nd from the 1st generation are the increased wheelbase and cabin space, as well as the notably decreased size of the boot. Revised and reinforced chassis was also added to the fresh second gen.

Two engines were available to configure the cars with, according to the automotive market the vehicle was intended for: a 1.3 and 1.5 L. The 1.3 L (98 hp) powerplant was available both on European and Asian car markets. The 1.5 L (117 hp) one was solely targeted at the American market.An additional engine, a 1.2L i-VTEC, was offered for the Indian market. 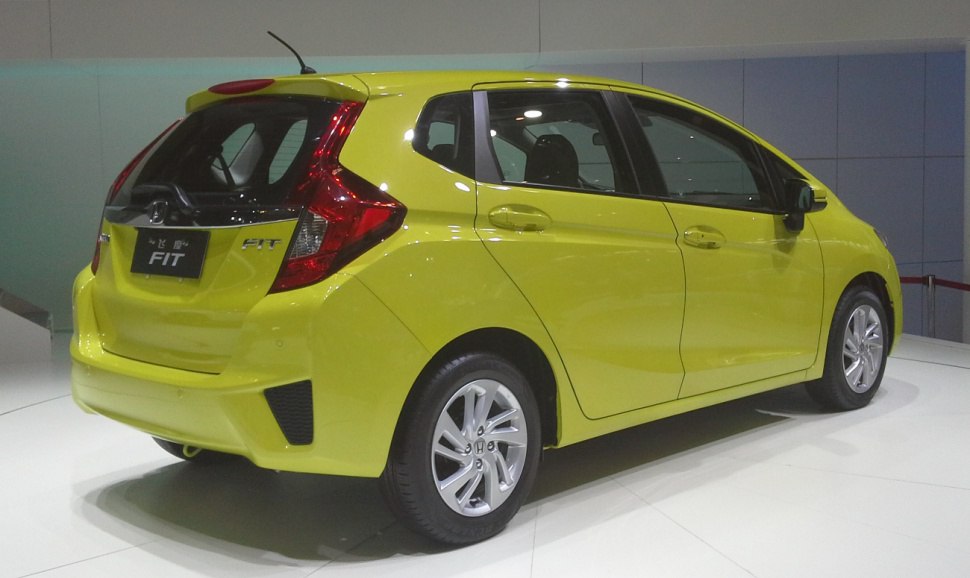 Fit Shuttle and Fit Shuttle hybrid entered the market in 2011. Both models are compact station wagons equipped with the same drivetrain as the 1st gen Fit. Under the bonnet of the Fit Shuttle Honda used a 1.5 L i-Vtec engine (120 hp). The hybrid version got a 1.3 L i-VTEC with an integrated motor assist.

The current Fit generation started in 2013 and is still in active production. The cars step on Honda's Global Small Car Platform and sport shorter length, longer wheelbase and increased passenger volume. A more compact rear torsion beam is also added and the anti-sway bar is taken off in order to "free" more space. The engine line of the generation includes a 1.2 L (petrol), a 1.3 L i-VTEC, a 1.5 L (petrol), a 1.5 L i-VTEC and a 1.5 L i-DTEC diesel engines. Depending on the market the cars are sold on, they come with the following options: 5-speed manual (for China and Philippines), a 6-speed manual, a 7-speed DCT and a CVT automatic one. The type of drive wheel used is either an FWD or a 4WD.

Just like the previous generation, the 3rd one also has a hybrid in it - but this time, it runs entirely on electricity when in motion.

In 2018, a facelift of the 3rd generation was introduced. The change included new bumpers for the cars with 1.3 L and 1.5 L engine units, new LED front lights as well as daytime running lights implemented in the headlights.