One of the most popular Toyota models ever is the Corolla. Since its first appearance in 1966 and until this very day, it remains one of the most successful and top-selling vehicles of the brand. With the automotive industry always in a process of changing, so is the Corolla. So far, the model has twelve generations, plus a few facelifts. The design is following the latest trends and is always kept up-to-date with the markets’ preferences and expectations.

The name Corolla is a result of the company’s naming tradition. It was the manufacturer’s intent to show the exclusivity of the model, that led to the name choice – “corolla” means “small crown” in Latin.

What makes the Corolla so attractive all over the world is the successful platform formula the vehicles step on. Up to the present moment, Toyota’s Corolla line is known under the staggering number of 31 names:

To keep their flagship up-to-date, Toyota’s engineers continuously develop and improve the model. A sign for that is the ever-growing list of generations which so far contains 12 gens (from Corolla’s first appearance back in 1966 to this day):

2. Second generation (E20; 1970–1978) - Second generation comes in 1970 with enlarged aggregate – 1.4-liter and 1.6-liter OHV. The vehicle keeps its premium level, combined with a variety of different trims. After eight years in production, it is discontinued in 1978.

3. Third generation (E30, E40, E50, E60; 1974–1981) - Next-gen expands the body style variants. The model in this generation has versions with 2 or 4 doors sedan, wagon, panel van or coupe. This modification is given four different chassis: two for Corolla – E30 and E50 (for facelifted version) and two for Sprinter – E40 and E60 (again, for facelifted vehicles). The generation goes into production in 1974. Two years later it receives a facelift. Unfortunately, it is discontinued in 1981. 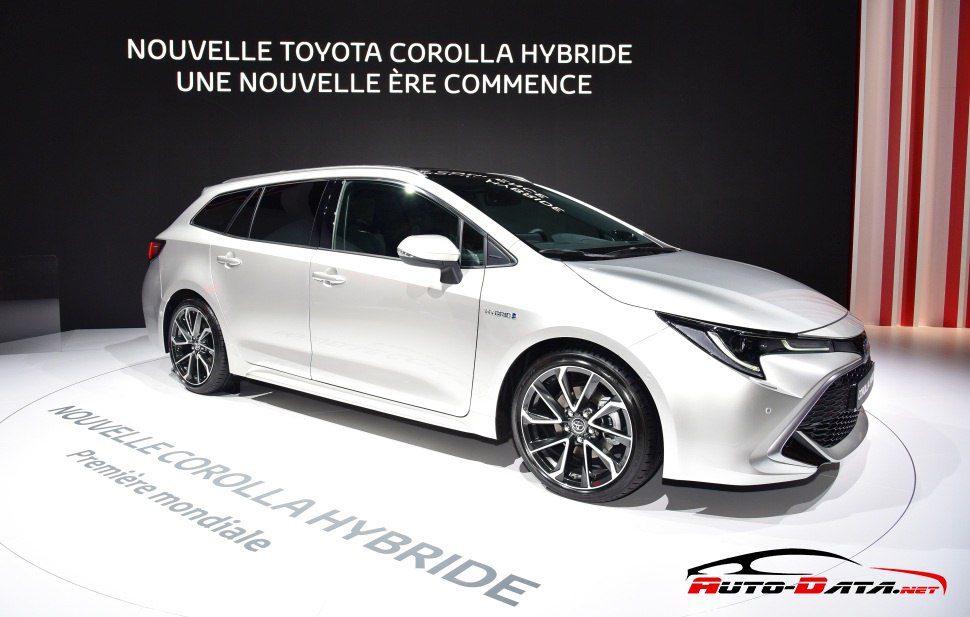 4. Fourth generation (E70; 1979–1987) - The following, 4th to be exact, Corolla gen sports edgy exterior design and offers an optional fuel injection engines. The generation is based on E70 platform and is manufactured in the period 1979-1987.

5. Fifth generation (E80; 1983–1990) - Most models from this generation use the front wheel drive layout except the AE85 and AE86. They are the last Corollas that offer a rear wheel drive. Re-badged E80 Sprinters are sold in US car market as Chevrolet Nova.

This gen is manufactured until 1990, when it is terminated.

6. Sixth generation (E90; 1987–2006) - the Sixth generation comes in 1987 bringing in fresh aerodynamic style and AWD system as an option for a configuration. Lots of different aggregates are used on the variety of trims, ranging from 1.3-liter 2E engine to the supercharged 4A-GZE powerplant with 165 hp. Its production continues to the 2006. Holden Nova and Geo Prizm are other names used for this modification of Corolla.

7. Seventh generation (E100; 1991–2002) - the Seventh generation hits the market in 1991 and is discontinued in 2002. Larger, heavier and with rounded body Toyota Corolla steadily makes its way into the compact segment, slowly degorating from subcompact one.

8. Eight generation (E110; 1995–2002) – In 1995 next-gen Corolla is a fact - featuring new 1ZZ-FE engine – the first in Toyota line-up that has aluminium engine block and aluminium cylinder heads. After just 7 years, it is axed simultaneously with the previous generation. 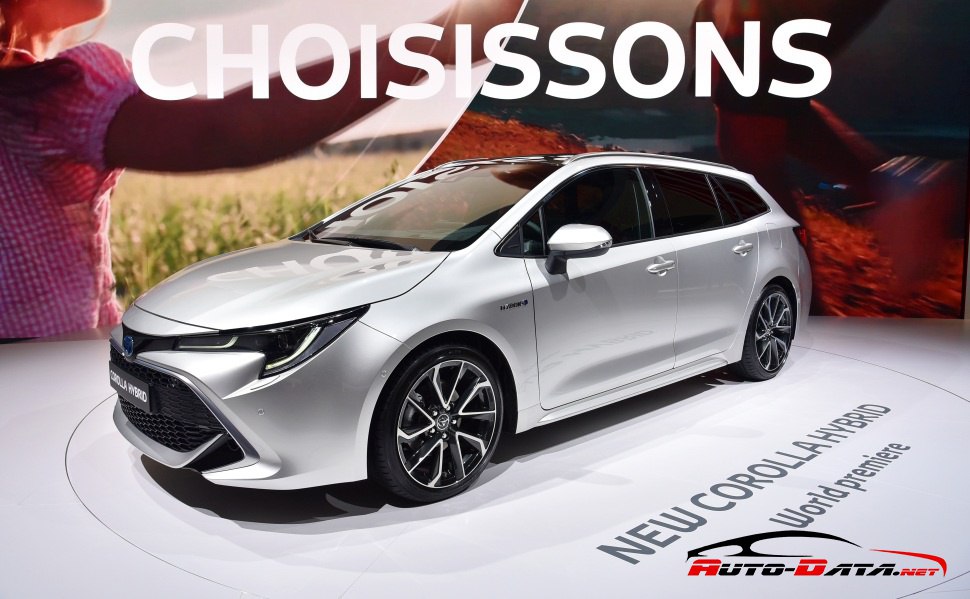 11. Eleventh generation (2012–present) - Eleventh generation makes its official premiere in May 2012 on the Japanese market under the name Corolla Axio for sedan version and Corolla Fielder – for the wagon. Axio is available with 1.3-liter 1NR-FE or 1.5 1NZ-FE engines; with either FWD or AWD systems, paired with 5-speed manual CVT transmission. The Fielder offers a choice between 1.5-liter 1NZ-FE or 1.8-liter 2ZR-FAE engines, both mated with CVT transmissions. In August 2013 both sedan and wagon versions got their hybrid variants, intended solely for the local Japanese market. Internationally, this generation is sold from 2013 to 2019.

12. Twelfth generation (E210; 2018–present) - Latest generation of Corolla debuts in front of the public in March 2018 at Geneva Motor Show as a hatchback, under the name Auris. In Japan, the hatchback hits the market under another name – Corolla Sport. The station wagon variant of the twelfth generation is shown for the first time at the 2018 Paris Motor Show. An additional Corolla version is presented in late 2018 in US- the 2018 Sedan. In Taiwan, this variant is sold as Corolla Altis.