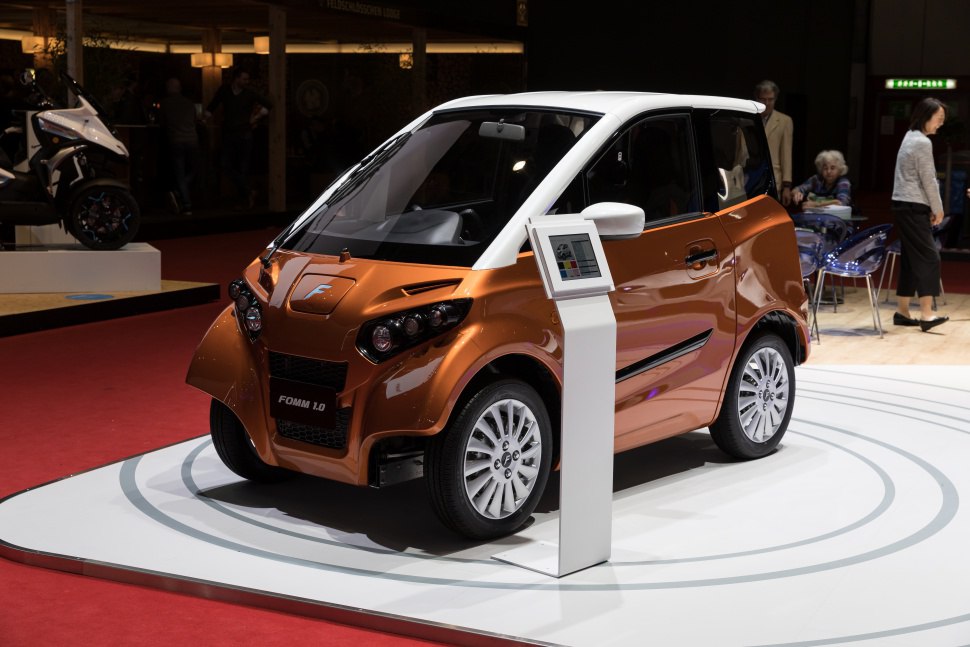 Since its first official appearance back in 2014, the innovative FOMM Concept ONE is a synonym of Japanese technological progress. A first-hand witness to the devastating aftermath of the Fukushima tragedy and the following tsunami horrors, Hideo Tsurumaki (FOMM's CEO, former race driver and leading engineer in Toyota) came up with the idea of creating a vehicle that is both ecological and capable to move in the water. That's how the amphibious and innovative Concept ONE was born.

With a production, oriented mainly towards the Thai automotive market, the electric Concept ONE combines the comfort of a 4-seater with ultra-easy and agile handling. According to Tsurumaki, FOMM's debut city bug is a perfect solution for those who hate the heavy traffic during their everyday commute. It is the ideal solution to their problem - offering transportation from their home to the nearest metro or bus station and reverse.

Perhaps one of the leading characteristics of FOMM Concept ONE is its incredibly easy cabin entry, thanks to the strategically removed conventional foot-operated mechanisms. That's probably the main reason behind its vast popularity among the senior population in Thailand. Businesses can also benefit from Concept ONE. It is because its rear seats can be entirely removed - clearing space for luggage. The unique features of FOMM's vehicle are the electric motors, each of 5 kW, integrated into its front wheel hubs.

With the vehicle being stripped off all unnecessary parts, its weight is significantly reduced. As a result, FOMM's Concept One is astoundingly agile. Stepping on his experience in Toyota Coms EV and driven by the desire to eliminate every possibility of accidental wheel slippage, Tsurumaki chose the FWD system for his creation. 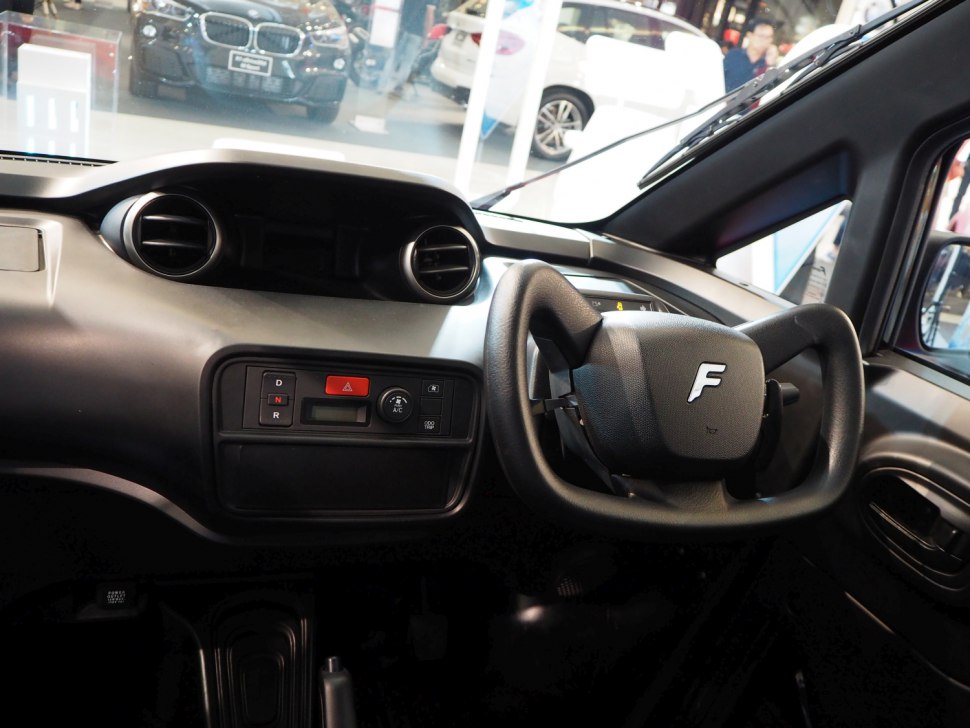 When on the ground, Concept ONE car reaches a top speed of 50 km/h with an all-electric range of 100 km/h. But what makes Concept ONE an extraordinary automobile is itс capabilities to move in the water. To achieve it, the car's wheels serve as propellers. The way the wheels are attached to the vehicle's skeleton makes it possible for the front pair to "suck in" water thus making the car's movements in the water possible. The technology behind this revolutionary amphibious system is a joint development with the University of Tokyo.

FOMM Concept ONE has undergone four stages of development with each one of them resulting in perfecting different sides of the technology applied. A key element is the implementation of a special battery type - favoring fast and easy recharging and replacement process.

A unique integrated cloud system, developed by the technological giant Fujitsu, monitors the condition and charge of each one of the car's batteries and reporting them to the driver. FOMM Concept One is also equipped with a smart acceleration system, responsible for minimizing the risk of road accidents.