Ferrari California - in search of the perfect sports car

It was during the Mondial de l'Automobile 2008, that the famous carmaker Ferrari debuted the stunning California model. The idea behind the sporty coupe-cabriolet was to expand the company’s customers’ lists as well as to help it step on new car markets. Unique Pininfarina design, Carozzeria Scaglietti’s bodywork, bold exterior, and high-end interior are a small portion of the luxury the car offers. The vehicle’s soft outlines cannot go unnoticed by fans of the brand and Ferrari connoisseurs, simply because they are rarely seen applied on Ferrari’s cars.

The model’s name, California, is a nod to the glorious past of the Italian carmaker and more precisely to two iconic cars from Ferrari’s production portfolio – 250 GT Spyder California (from which the 2008 California borrows its stylish front and side vertical air vents) and 356 California.

Along with its unusual for the brand’s silhouette, California attracts attention with its compact retractable aluminum roof. Consisting of two, instead of the standard three parts, the roof folds and unfolds in a matter of seconds – thanks to the technology, borrowed from BMW Z4.

An interesting design detail is the trunk-integrated rear lights that lift with the trunk lid every time the hardtop has to comes in or out – meaning that they may occasionally disappear. To avoid any possible road accidents, Ferrari’s designers have opted for an additional set of rear lights. Incorporated in the lower part of the rear bumper, the extra pack successfully takes on the role of rear lights when needed.

In pursuit of making the new California more masculine and aggressive, the vehicle's exhaust pipes are positioned in the lower part of the car’s chassis. As a result, Ferrari California comes with an impressive and distinctively sportier silhouette. Besides, massive 19-inch alloys come as part of the standard trim. Along with them, the stylish Ferrari California offers the possibility of carbon-ceramic brakes. Due to the materials, they are made of, this type of brakes have a higher heat and friction tolerance, which makes them more durable and reliable than the conventional ones.

While the exterior could be considered as a step back in comparison with Ferrari’s already established design concept, the interior speaks differently. The spacious and ergonomic cabin is a full-scale representation of the brand’s typical exclusiveness and luxury. It is a mixture of high-quality leather upholstery and a multitude of tiny decorative elements.

Depending on the driver’s preferences, California comes with two options for seat configuration – 2+2 or 2+. What’s specific for the latter is that instead of the two small child-sized back seats, it offers the comfort of a bench-type seat. This is particularly helpful for those moments when the rear would be used for the transportation of small luggage. Not only that, but this type of seat configuration offers an extra functionality – a direct connection between the rear seats and the trunk compartment via the hidden opening. 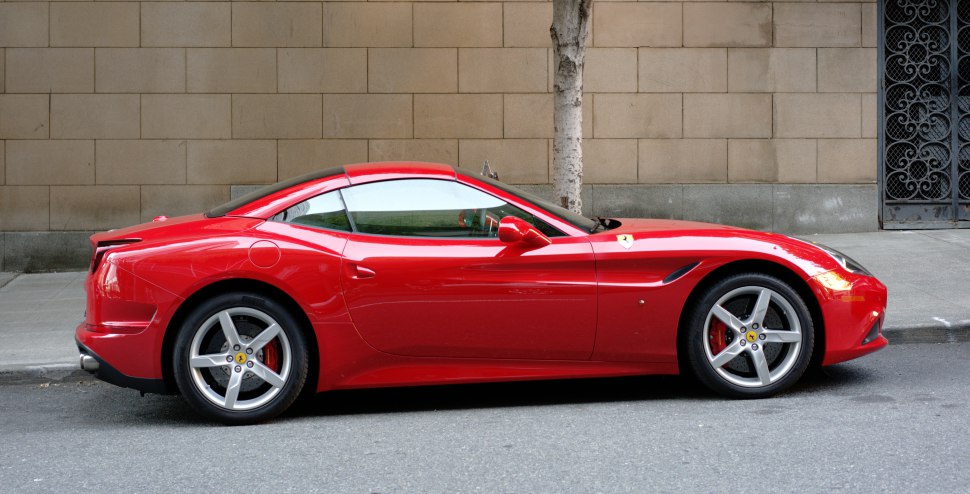 The rest of the cabin (from the position of the electronic parking brake, the sloping line of the center console and its integrated buttons for controlling the retractable roof to the dashboard view and its instruments) is identical with the rest of the manufacturer’s cars.

No matter how impressive the look of California is, perhaps its most notable feature is its power. The coupe-cabriolet is the first non-track automobile with a front-positioned 4.3-l V8 engine (capable to generate either 460 or 490 hp), combined with a dual-clutch transmission. The incorporated 7-speed DCT enables the smooth and relatively fast gearshift. This helps California’s driver to fully enjoy the ride both in manual and automatic driving mode.

Although California is not among Ferrari’s fastest sports cars ever to be produced, it is one of the most agile – with acceleration from 0 to 100 km/h in just 3.8 seconds.

No matter the shock absorbers used (passive or MAGNERIDE), Ferrari California offers flawless road performance, independently of road and weather conditions. Thanks to its quick responsiveness towards its driver’s wishes, the stunning Ferrari offers incredible stability as well as a comfortable and exciting ride during long trips.

Thanks to the unexpected market success of the California model, Ferrari launched its upgraded version in 2012 – California 30 edition. What’s notable about this version of California is that it’s lighter (with 30 kg) and more powerful (with 29 hp more) than its predecessor.

The launch of the California 30 was also used by the carmaker as an occasion to introduce to the public a brand new trim package – Handling Speciale ( known simply as HS). What HS trim does is to enhance the car’s stability and maneuvering abilities even at more aggressive driving manner.

Just like its predecessor, the California 30 also turned out to be a huge success. That, however, did not stop the Italian carmaker for discontinuing it in 2014 and almost immediately replacing it with California T. 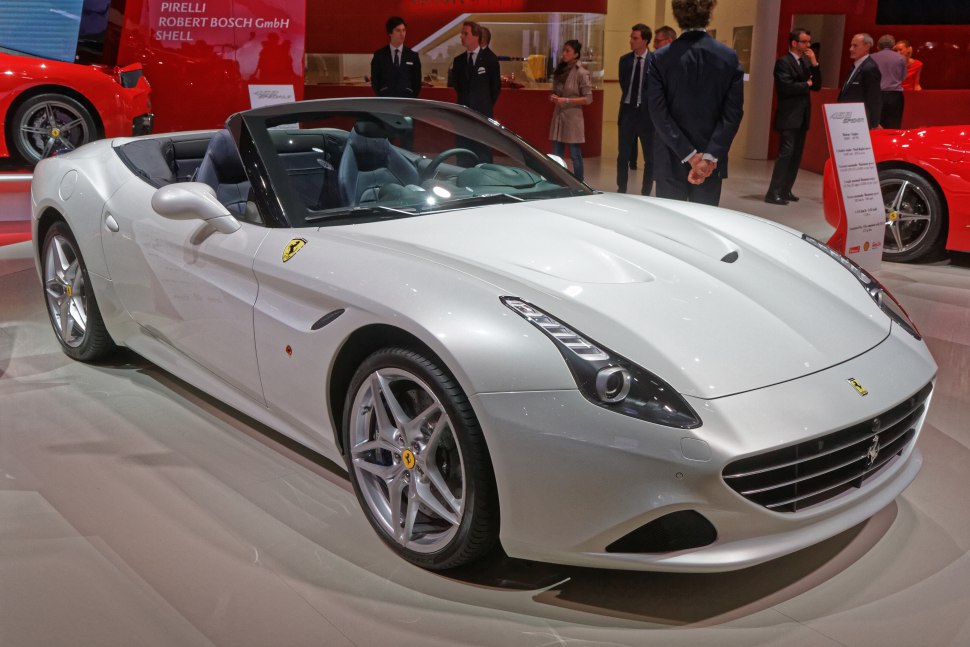 The new vehicle comes with fresh interior and exterior design, as well as a more powerful engine. But that’s not all. During its construction, Ferrari decided to incorporate some track-oriented features, derived from the company’s long and successful history in Formula 1. As a result, the California T can brag about its beastly 3.9 l turbo engine (560 hp) which combines incredible road performance with incredible sport sound.

To avoid the annoying turbo lag, that kills the thrill of speed, Ferrari’s engineering department developed a special technology that limits the torque while the engine works at low RPMs. With the increase of the RPMs (during overtaking, for example), the torque also starts to grow without adding pressure to the turbo – thus making the engine’s reactions faster and smoother.

California T is also is more maneuverable, more stable while cornering, more economical and environmentally friendly (207 g/km CO2 emissions, thanks to the implemented HELE system), and with more compact dimensions.

Seeking to enhance and surpass the customers’ expectations in terms of sportiness and performance, Ferrari equips the California T with a newly-developed system that helps the car to drive out of corners 12% faster than its predecessors.

The type of transmission used is yet again the well-know 7-speed DCT, but with significantly improved behavior in terms of reactions and shift time.

Despite the success, since 2017 the production of California T is no longer active. As a replacement for the model, Ferrari began to offer the Portofino.

Just like any other luxury supercar, the Califonia was also surrounded by a whirlwind of rumors and interesting moments. Maybe the most famous of all is the belief that Ferrari California was initially planned as an upcoming Maserati. And although Ferrari denied this claim, there are some notable visual similarities between Maserati cars’ design and the silhouette of California.

Another interesting detail is that the Californi model comes with specially-developed traction control – F1-Trac System. Like the California 30, the T model also gets the HS package along with the option to be customized according to the customers’ preferences.