Celebrating its 110 anniversary the legendary brand revives one of its legends: “La Voiture Noire”. A symbiosis between history, emotion and modernism, it is going to be the most luxurious, graceful and expensive car in the world. 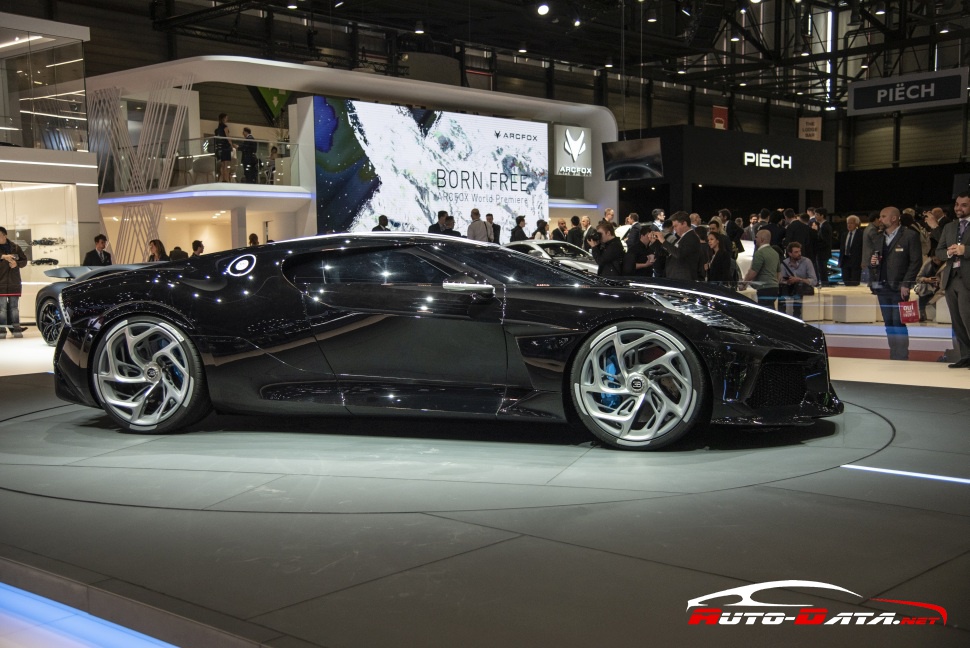 Exactly 110 years ago Bugatti’s was founded by Ettore Bugatti.The same year his eldest son was born - Jean Bugatti. He was gifted car designer with a fine sense of proportion and aerodynamics. Creating a numerous classics for the legendary brand,Jean became Bugatti’s most famous designer and manager. One his masterpiece was model Type 57 SC Atlantic Coupe, built in only 4 units (one of them personally for Jean):

Jean Bugatti gives a name to his car – La Voiture Noire.In the 1940, during the Second World War, the car was on its way to a safer place and it never arrived. Jean’s car disappeared mysteriously soon after his death. Almost 80 years later car’s fate is still unknown and it lives on a myth. 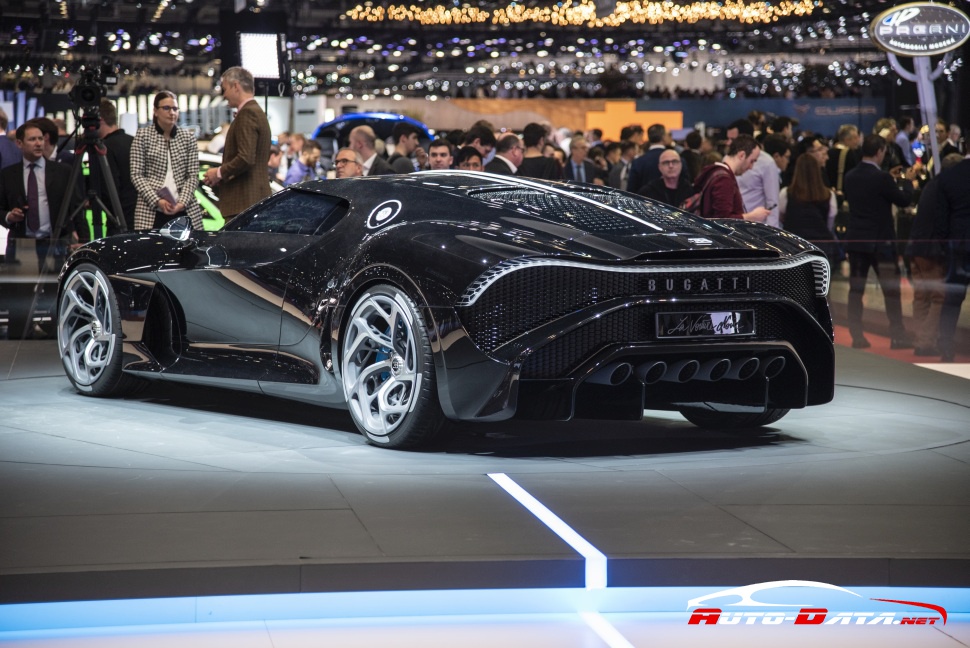 110 years later, in 2019, Bugatti decides to bring back the forgotten vehicle in new modernistic translation. They create a graceful GT by implementing; exclusivity, high performance and luxury inspired by Jean’s lost masterpiece.

Purism and finesse are implemented in La Voiture Noire’s outstanding look. The breathtaking creation of Bugatti contributes elegance through minimalism and refinement through intensification. 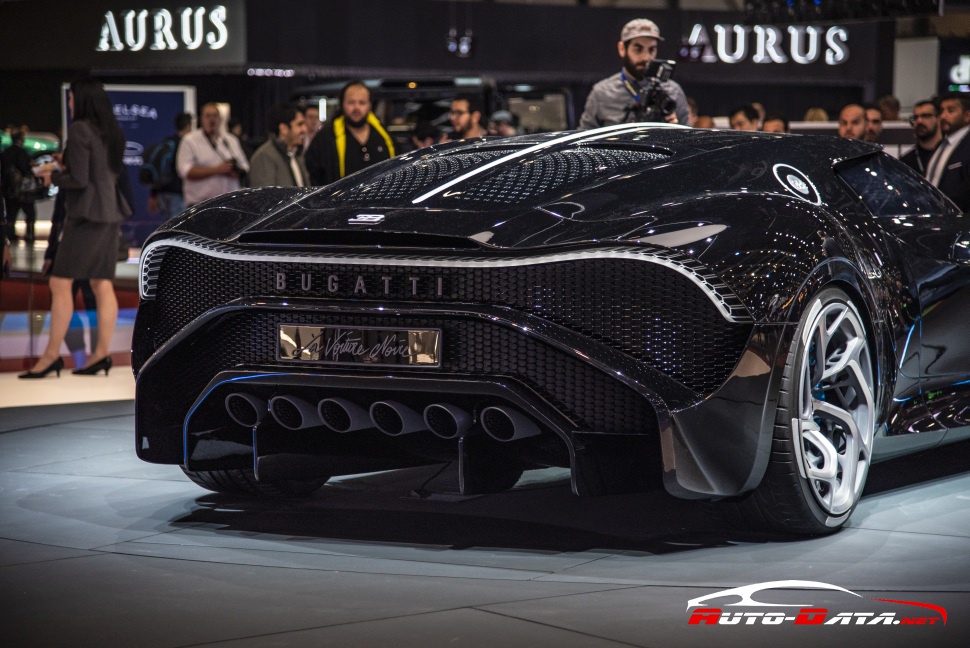 In one hand a central fin resembles Atlantic model’s legendary dorsal seam. On the other hand, an ultra modern perforated rear bring us far ahead in the future. The ultra light carbon fiber body still keep the classic deep black gloss of the legendary car. Handcrafted components underline the exclusive level of Bugatti’s manufacturing quality. The taillights’ and headlights’ stylish and unique design are also hand-fitted in Bugatti’s Molsheim atelier. The wheels, as any other element, are one and only. Due to a specialized program calculating the exact proportions for the wheels’ alloy, they are one-of-a-kind piece of art. 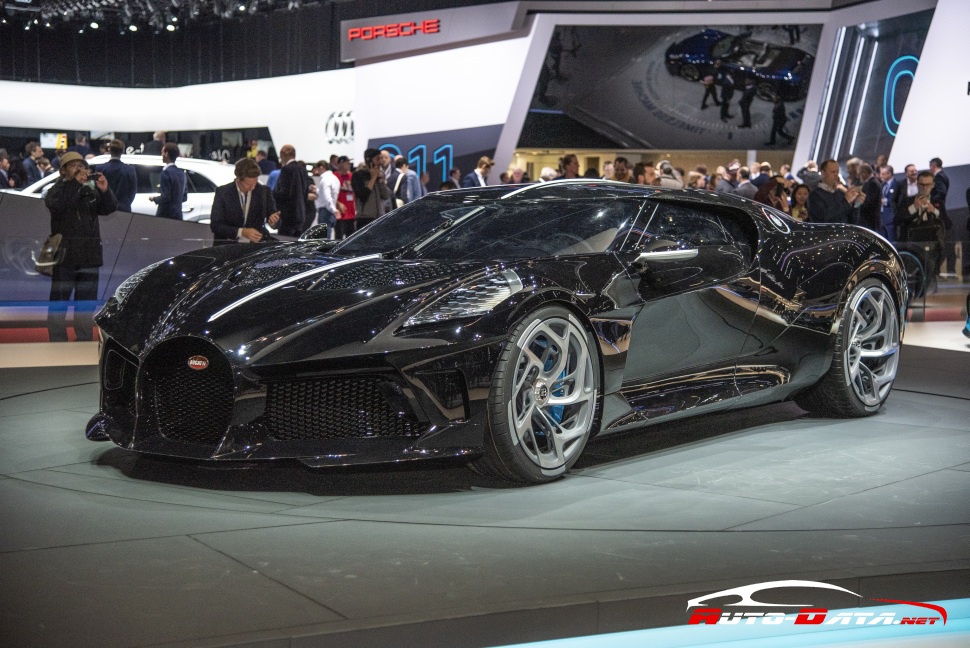 Powertrain – the heart of the beast

The iconic 16-cylinder engine with volume of 8.0l is in the heart of the La Voiture Noire, producing 1480 hp power and 1600Nm torque.

The famous brand revives the legendary La Voiture Noire, making the new modernistic masterpiece the strongest, most luxurious and exclusive hyper sport car produced in a single copy only.