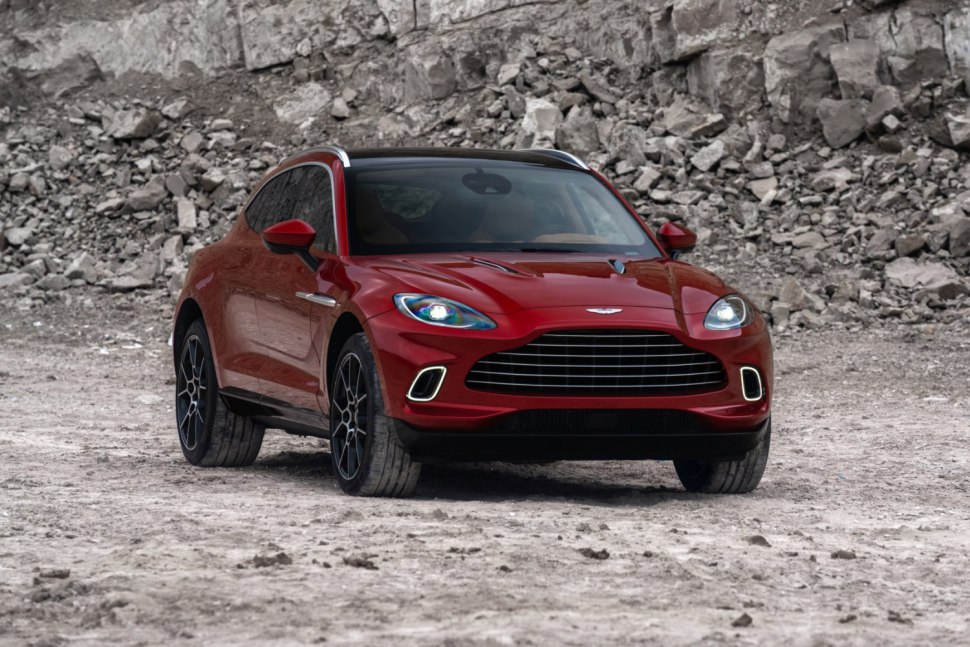 From 10 to 19th of January, Brussels will host one of the most prestigious European motor shows. The heart of the European community will become a center for automotive enthusiasts and professionals from all around the world, as they gather to witness over 10 world debuts of some of the most significant car brands. Big names like Mercedes-Benz, BMW, Audi, Porsche, Volkswagen, Kia, Ford, and Land Rover will give the show’s audience access to their latest creations. One brand, in particular, will use the show to make a grand premiere of probably one of the most anticipated model in the company’s history.

After its successful debut during Los Angeles and Beijing Motor shows, it is time for Aston Martin to showcase its first-ever-in-history DBX SUV. What catches the eye at first glance is the typical for the brand elegant and aesthetic outlines of the vehicle. They combine the sportiness of each of the manufacturer’s sprinters (like DB11 and the Vantage) with the space and practicality of the modern sport utility vehicles.

The prominent front grille and badge cannot go unnoticed, probably because they are the biggest ever fitted onto an Aston Martin. The distinctive front-integrated DRLs not only add a character to the SUV but also play a major role in its aerodynamic lines. The unique aerodynamic silhouette of DBX is enhanced by two air vents, placed on the front bonnet. The side vents help create a powerful air curtain that also empowers the SUV to cut its way through the thin air with no difficulties. 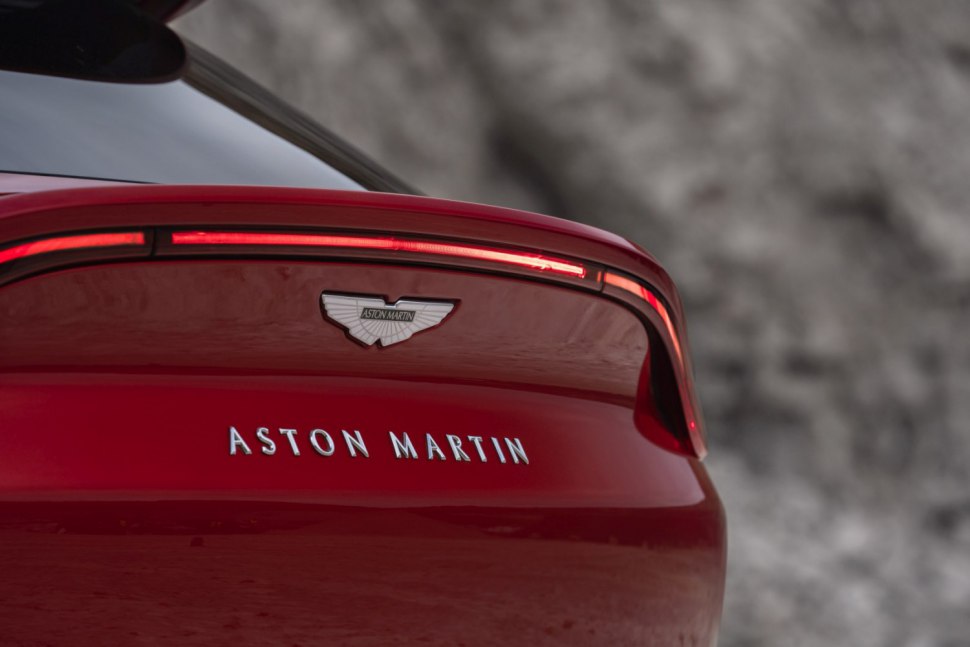 Also, Aston’s designers have combined an upper rear spoiler with a ducktail spoiler, thus supplying the automobile with a one-of-a-kind feature: a self-cleaning rear screen. Built on a new platform, Aston Martin DBX proudly stands out among the competition that includes names like Bentley Bentayga, Porsche Cayenne and Lamborghini Urus.

Thanks to its long wheelbase, DBX’s cabin offers an immense space not only in the front but also in the rear. Offering plenty of leg and headroom, Aston Martin can provide comfort and joy even for the tallest of its passengers. Comfortable and sporty seats, simple and easy to use and navigate center console, frameless side windows and plenty of storage spaces around the cabin evoke a cocktail of coziness and excitement.

With DBX, the manufacturer marks another historic milestone. It’s the first car in the company’s product portfolio to have seats for five occupants. Just like every other Aston Martin, the DBX does not lack opulence. From the variety of high-quality leather and textile upholstery, through the top of the range infotainment system, everything inside the SUV screams luxury.

Under the hood lies a powerful Mercedes-AMG 4.0 V8 twin-turbo engine that generates 550 horsepower and a torque of 700 Nm. It is mated with a 9-speed automatic transmission–the first to be fitted into an Aston. With a top speed of 291 km/h and an acceleration from 0 to 100 km/h in just 4.5 seconds, this Aston Martin’s full-size crossover is a proof that combinations between a crossover and a sports car can be successful. 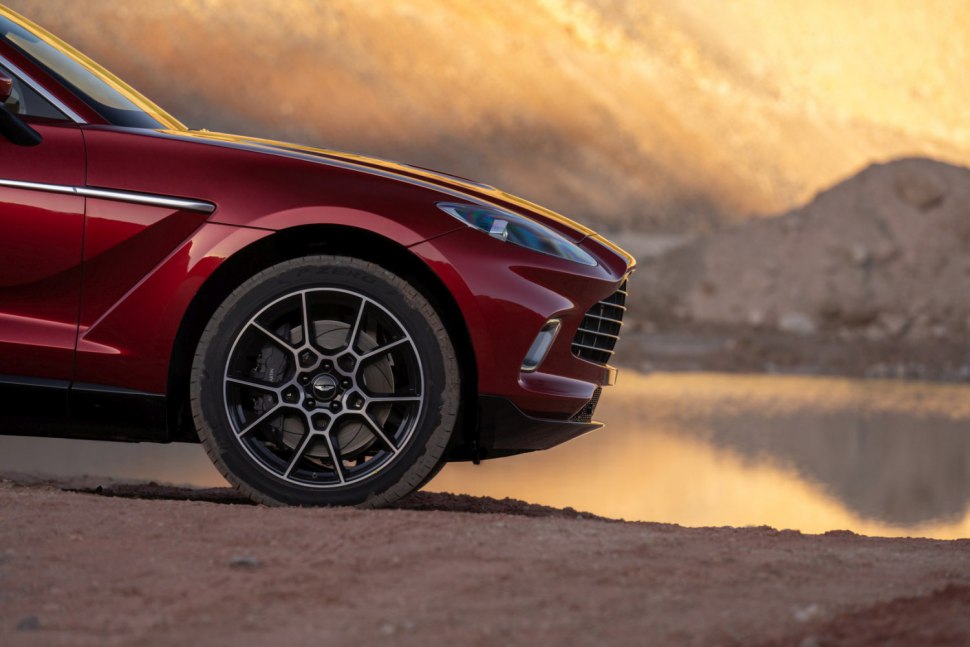 What sets the SUV apart from the rest of the vehicles in its class, in terms of technology, is the active central differential that can send up to 50% of the engine-generated power to the front pair of wheels when the car needs more grip. Also, almost 100% of the produced power can be transferred to the rear wheel pair–whenever the driver seeks a sportier performance. But what’s more interesting is that the torque can be transferred left to right on the rear axle, thanks to the integrated electronically controlled limited-slip differential (eDiff).

A 48v electric anti-roll control and a bespoke 3-chamber air suspension system are among the engineering solutions, thanks to which the DBX can adjust its ride height and air springs rates following the road conditions. This is perfect because it means that the elegant Aston can cope well with off-road conditions.

Unlike some of its competitors, Aston Martin DBX sports incredible agility and responsiveness to the driver’s wishes. This is achieved mostly through its unprecedented for an SUV lightweight–only 2245 kg. The enigmatic vehicle comes with four standard driving modes–GT, Sport, Sport Plus and Terrain. They are complemented by two more–Terrain Plus and Access. As a standard, DBX comes equipped with a 22-inch alloys which can vary in design and size.

If DBX will be a success or a failure is yet to be discovered. For now, the first in Aston Martin’s 106-year history SUV enjoys great success and attention from media and audience. A product of the proverbial British craftsmanship and extensive research among loyal clients of the car brand, Aston Martin DBX will leave an imprint over the people’s perception of the car marque.