Renault debuts hybrid versions of the best-sellers Clio and Capture 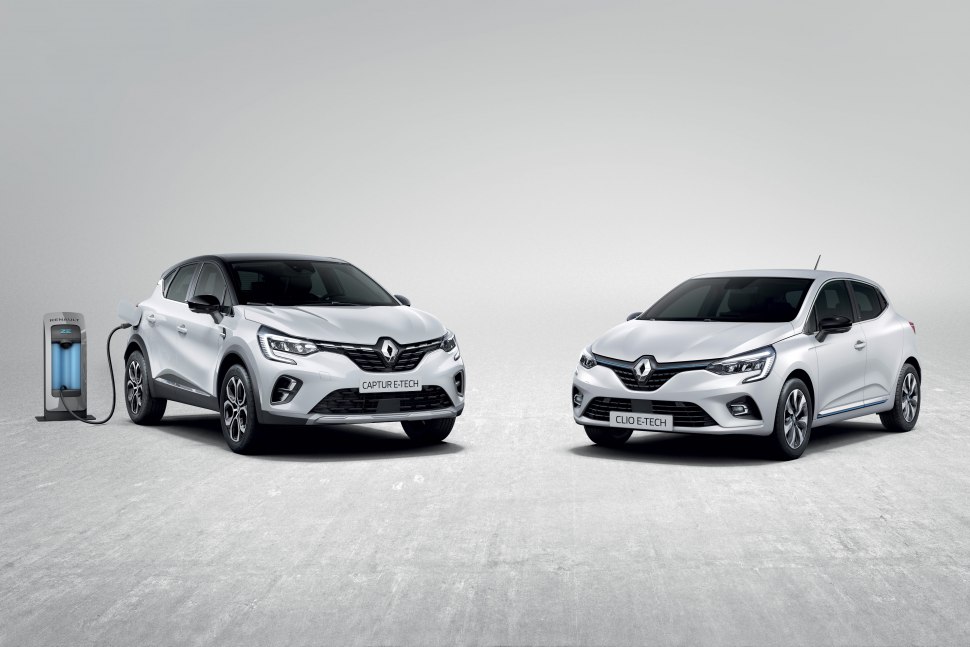 Renault starts 2020 with a surprise debut of the new versions of the company’s best-selling vehicles – Clio and Capture. The new additions use a revolutionary E-TECH technology and the enhanced CMF-8 modular platform.

E-TECH’s roots originate from Renault’s years of experience and testing, concentrated around the company’s participation in Formula 1. The powertrain architecture of the new hybrids is very similar to the one applied in Renault’s F1 single-seater race cars. This means that under the bonnet of the new Clio and Capture, the French carmaker has integrated a combination of a combustion power plant, two electric motors, and a battery. A multi-mode hybrid transmission box completes the innovative package.

Thanks to the usage of the clutch-free gearbox, Renault’s cars have a 100% pure electric start and smooth gear switch. That is a direct result of the constant improvement of the technology applied, which was first introduced back in 2014 during the Paris Motor Show.

After the successful launch of the fifth generation of the famous Clio last year, its electrified variant joins in the production line right in time. This comes in correspondence with the policy and values that defy the company’s vision about the future of the automotive sector – sustainability (based on autonomy), electrification, and connectivity.

What’s new for the 2020 Clio is the usage of a hybrid E-TECH engine that comes with two electric motors (one being a high-voltage starter-generator) and a clutchless gearbox. This combination ensures that the E-TECH Clio can offer its drivers unparalleled responsiveness and fuel and energy economy, smooth acceleration and performance, as well as a pure joy of driving. What makes the new Clio a unique vehicle in its niche is the fact that it uses regenerative braking–a feature that until now was a reserved territory for the EVs.

To intensify the effects of this new characteristic of the Clio, Renault’s engineers have combined it with a high charging capacity of the lithium-ion battery installed and optimization of the energy. A direct result of the application of these crucial features is the vehicle’s ability to use its electric power for daily commutes in the city which leads to a significant decrease in the consumption numbers. The Clio E-TECH’s capacity is 1.2 kWh (230V).

Also, an important detail is the fact that the implemented hybrid devices add just about 10 kilos to the overall weight of the vehicle, compared with the conventional version with a dCi 115 powerplant. In terms of its environmental friendliness, based on the WLTP, the newly released Renault Clio E-TECH emits less than 100 g/km.

Along with the new E-TECH system, the fresh Clio sports some unique interior and exterior features, plus a variety of driver-assisting systems. Crucial details like the recognizable front grille, headlights, and silhouette, that carry the spirit of the Clio, remain untouched.

However, few intricate E-TECH badges are added on the inside and the outside of the vehicle–marking the transition of the model to the sustainability policy. A brand new 7-in (horizontal) and a 9.3-in (vertical) high-resolution screens of the modern infotainment systems have found their place inside the cabin. They remain re accompanied by the innovative instrumental cluster incorporated, which now features a 7-inch TFT display.

Thanks to the variety of animations that illustrate the condition of the battery devices, Clio drivers can monitor the energy levels of the battery. An interesting novelty is the replacement of the Start/Stop button, located under the media display, with an EV one. The second debut for Renault will be the presentation of the PHEV Capture. 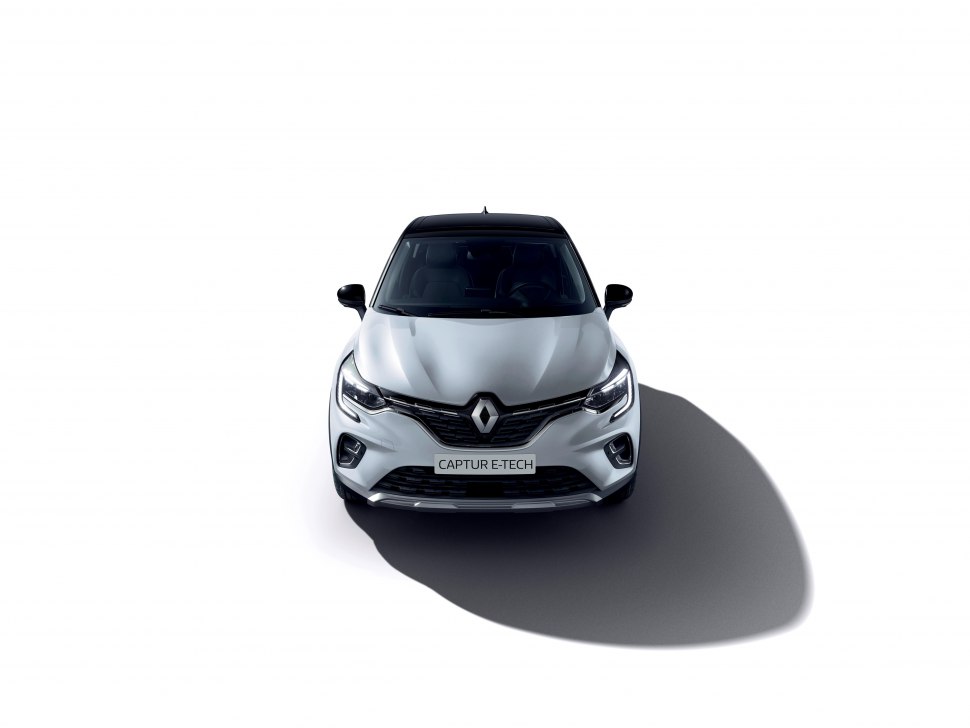 The idea behind the new vehicle is also based on the car maker’s definition of the future of the industry. The most important feature of the Capture is the enhanced capacity of the implemented battery–9.8 kWh. Just like the Clio, the Capture can run entirely on electricity during the week, while on the long weekends it uses the conventional part of its hybrid system.

Among the pivotal characteristics that define the innovative nature of the French automobile is the so-called E-SAVE mode that can restrain the usage of the car’s e-motor. Instead of it, the Capture PHEV derives power from its combustion engine. The plug-in’s hybrid battery has an energy capacity of 9.8 kWh (400 V). A main advantage of the Capture E-TECH system is the ability of a systematic start-up in electric mode, thus reducing the running costs. 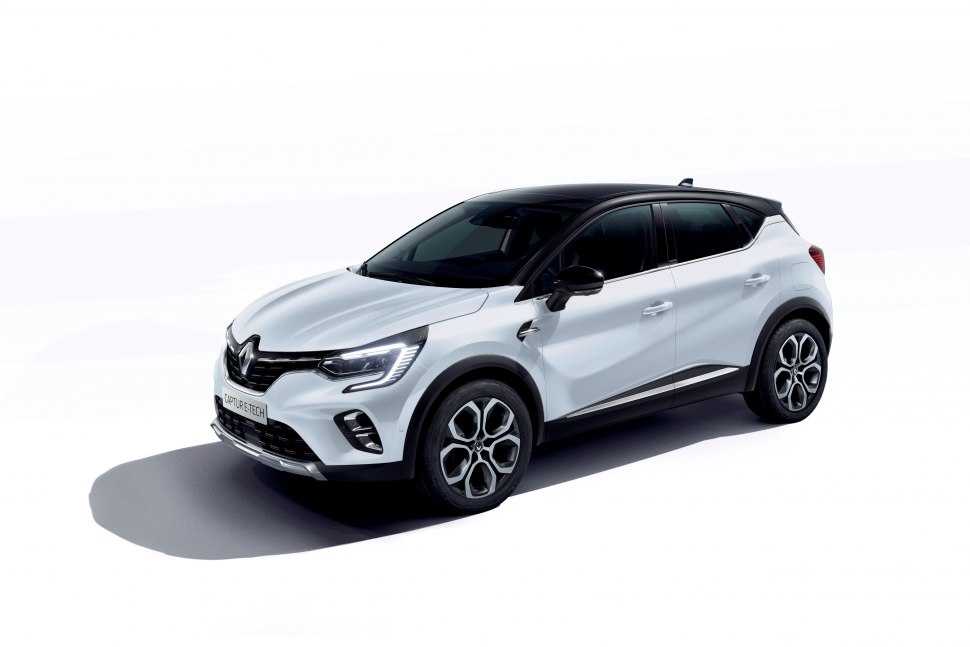 Again, the silhouette, interior, and exterior remain the same. The only fresh additions are the few badges that mark the new power train. Capture's drivers will be pleasantly surprised by the new, high-resolution displays, placed at the front of the car. The updated digital dashboard and infotainment system are also part of the Capture E-TECH amenities.