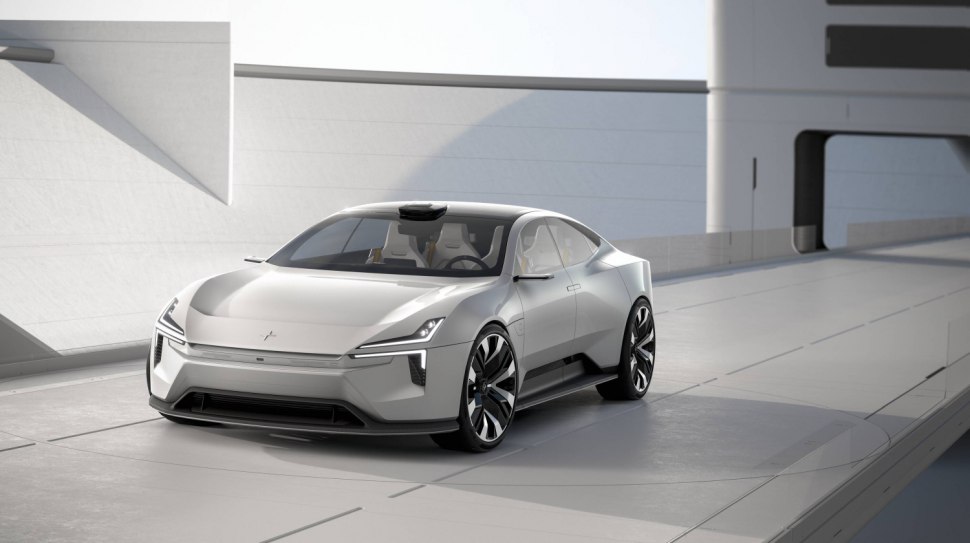 After two successfully launched vehicles, the Scandinavian carmaker Polestar proudly presents its latest project – Precept concept. The vehicle sports unique design language and a list of innovative smart technologies. It is the design that grabs attention. Different from what Polestar’s 1 and 2 have presented to the public in terms of appearance, Precept demonstrates more dynamic and aggressive interior and exterior lines.

Volvo’s iconic “Tor’s hammer” headlights design has found its place on the front fascia of the conceptual car. However, to enhance the vehicle's masculinity, designers have decided to divide them into two separate parts. This way the front becomes more stylish and with minimalistic features. The latter also finds expression in the absence of the traditional front grille.

Here, it is replaced by a special design one-piece panel, called SmartZone. Inside of it, the carmaker’s engineers have integrated a pair of radar sensors and a high-resolution camera. Each one of these components serves as a support for the car’s assisting systems.

What’s important is that Polestar turns those sensors into the focus of the Precept concept – like an emphasis on the company’s achievements in the field of innovation and smart automotive technology. In addition to them, the Scandinavian brand has implemented a LIDAR system. 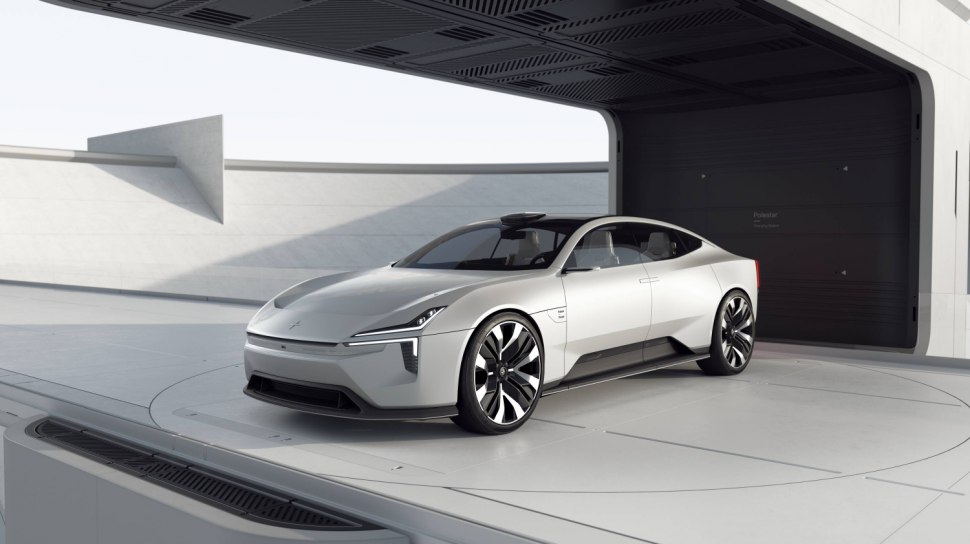 Slight above the SmartZone front is placed a delicately formed wing, which amplifies the incoming airflow and more precisely – helps it reach the surface faster than usual. This way the car’s aerodynamic efficiency is significantly improved and its electric range extended.

Because of its long silhouette (almost 3.1 meters), Precept has an incredibly spacious and comfortable cabin space, as well as plenty of free space for its battery pack. Additionally, the elongated profile and sloped roofline, combined with the extended window lines, make the vehicle's shape more sporty and fluid.

No matter the angle of the visual approach, the boldly sculpted lines of Precept intensify its sporty characteristics.

The unusual shape of the side doors is underlined by delicate skirting, which acts as a bridge between the front splitter and the rear diffuser. The U-shaped taillights, running through the entire rear, form the unusual profile of Polestar’s concept. The massive rear bumper comes equipped with aerodynamic air vents, placed on each of its sides.

The futuristic-looking Precept has ditched the traditional side mirrors in favor of high resolution cameras. Frameless windows, no rear window, no B-pillars – that’s a significant part of the automobile’s unique nature.

The absence of a rear window is compensated by the implementation of a rearview camera. Also, this leaves a lot of free space for the boot opening and the possibility of the glass roof running through the entire upper part of the car. Inside the cabin, along with the coziness, the conceptual vehicle sports a clean and sleek design.

The usual cluster of mechanical buttons and different controllers have disappeared, leaving space for a 12.5-in fully digitalized dashboard and a 15.0-in touchscreen of the infotainment system. The sustainability, a key point of the company’s policy, has found expression in the face of the recyclable materials used for the upholstery – PET bottle, old fishnets, and vinyl cork.

Apart from the fact that it runs on electricity, no further technical details are announced about the Precept.