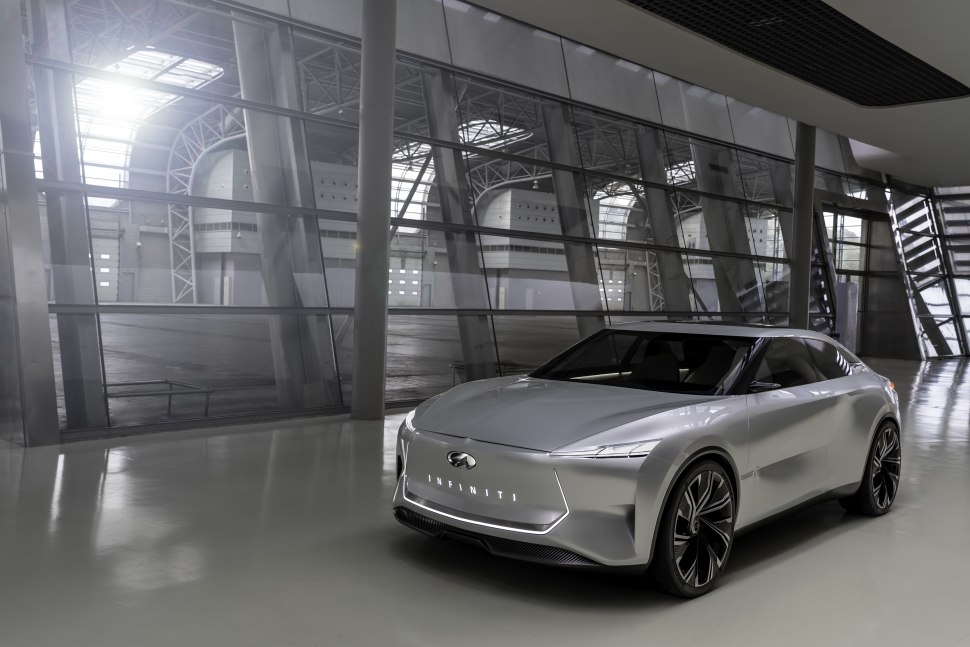 Infiniti released teaser images of the company's future sports sedan. The luxurious Qs Inspiration will make its official debut this April, during Auto Shanghai show. According to the official company's sources Qs is planned for serial production.

With its debut, Qs will become the fourth concept from the popular Inspiration prototype line, whose goal is to pave the way for the company's point of view about design language a technological breakthrough. And just like its predecessors, the forth addition to the Inspiration series will showcase the brand's desire and efforts towards the electric future of the automotive segment.

Inspiration concept will step on a special, completely new platform created for vehicles with an electric powertrain and 4x4 system. The interior is spacious with seats, situated unusually high for the sports sedan segment. The lack of the prominent front grille indicates the car maker's determination to offer the public something quite different from what they are used to.

According to Infiniti's official manifesto, the company is redirecting its efforts towards electromobility - with EV and e-POWER models.