The South Korea's car manufacturer's plans to strengthen its leading position on the future vehicles' car markets are steadily progressing. For this signifies Kia's latest concept, called Imagine by Kia. 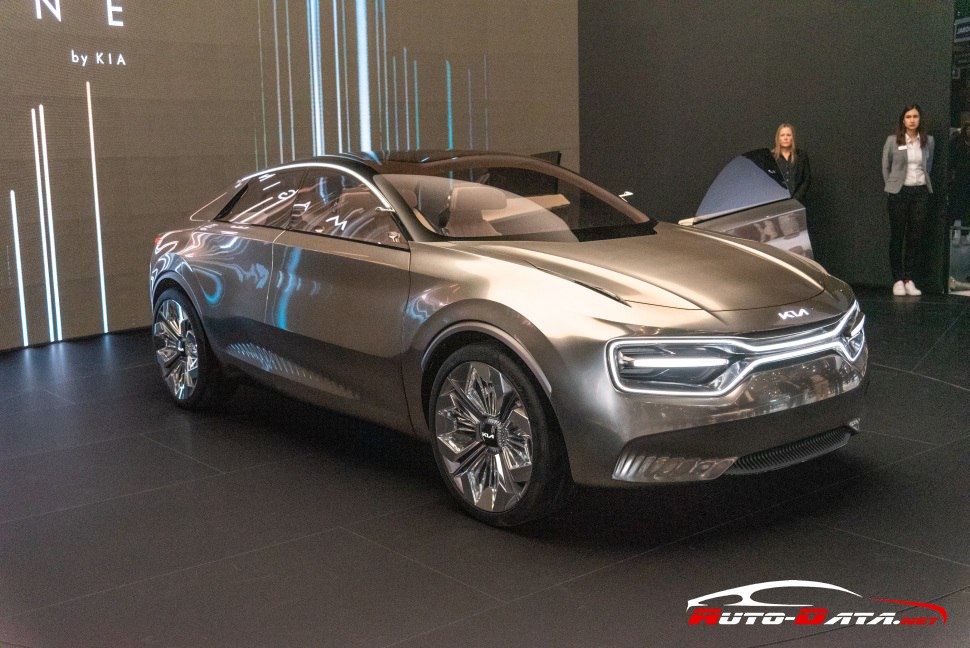 According to Kia, it's the mass electrification of cars that will determine who will survive and who will not, among the regular players in the automotive industry. That's exactly why the carmaker rushes to refine and expand its product portfolio with vehicles with an unconventional powertrain - electric, to be more precise. 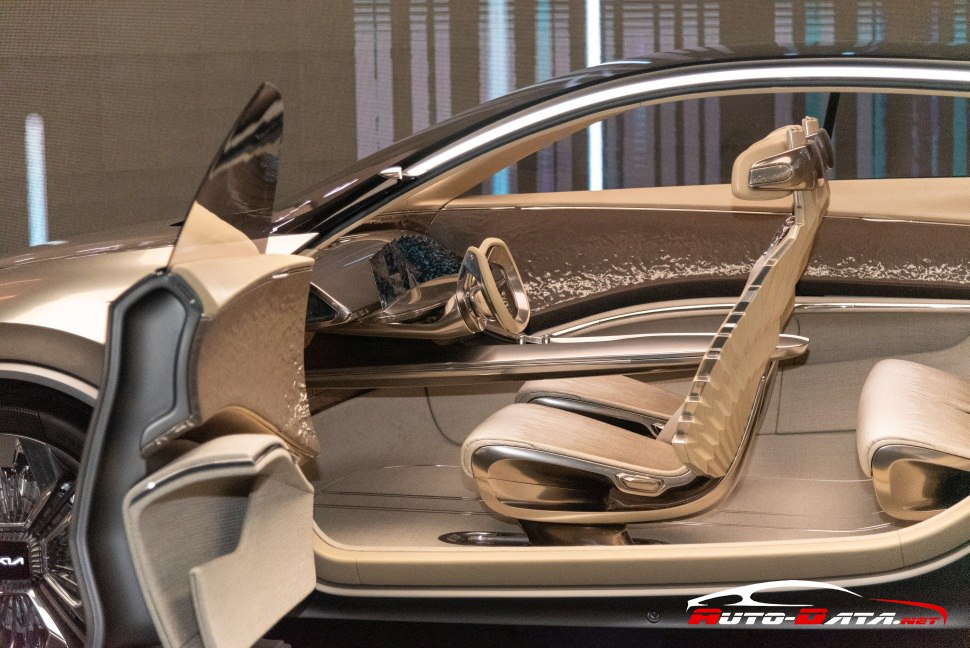 So it's no wonder that Kia's latest creation, Imagine, features the same technology (electrification) plus an outstanding visual appearance. What strikes a chord in the concept is the exceptional aesthetic exterior. The vehicle's clean smooth lines freely stretch, starting from the front's most convex part (which, by the way, carries the typical Kia design pattern) right to the tip of the vehicle's rear. 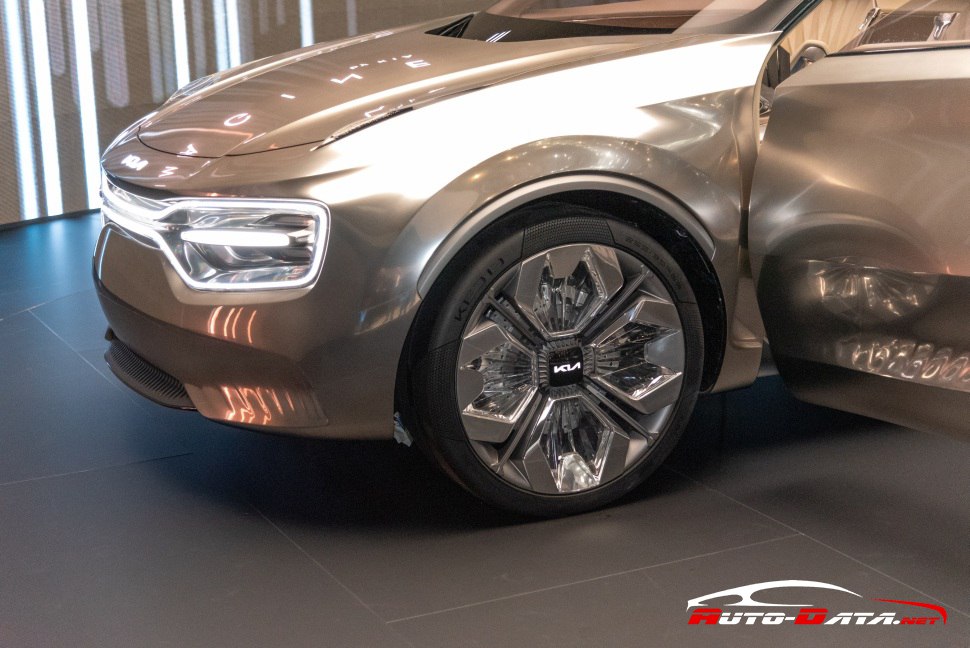 There are no unnecessary details to distract the eye, but pure lines that enhance the car's aerodynamics. The front bumper displays a serious makeover, adding a distinguishable feeling of an undercover supercar. However, what's interesting is the unusual headlights design. Instead of the regular headlamps shape, Kia decided to go brave and put futuristic-looking light stripes. 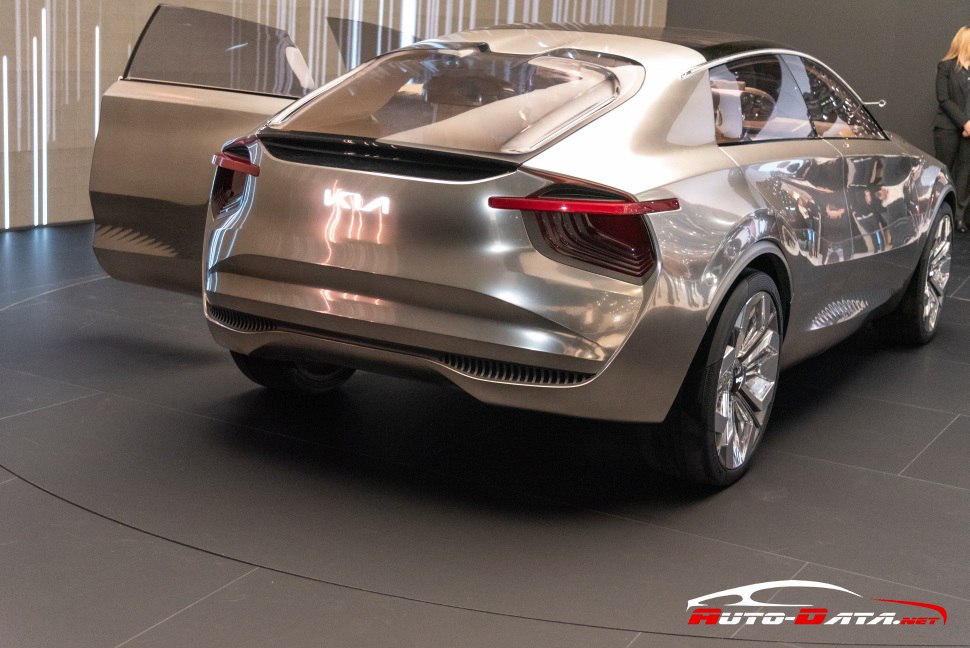 Whether or not done on purpose, the effect of this designer's decision is a concept that looks like is wearing illuminated glasses (a funny impression, though).

A feature that cannot go unnoticed is the mesmerizing panoramic glass roof that enables passengers to observe and enjoy the world outside the cabin. Inside, Imagine displays an impressive combination of modern technology and compact design. Comfortable, modernistic seats and finest upholstery enhance the overall feeling of coziness, comfort and above all - freedom and peace. 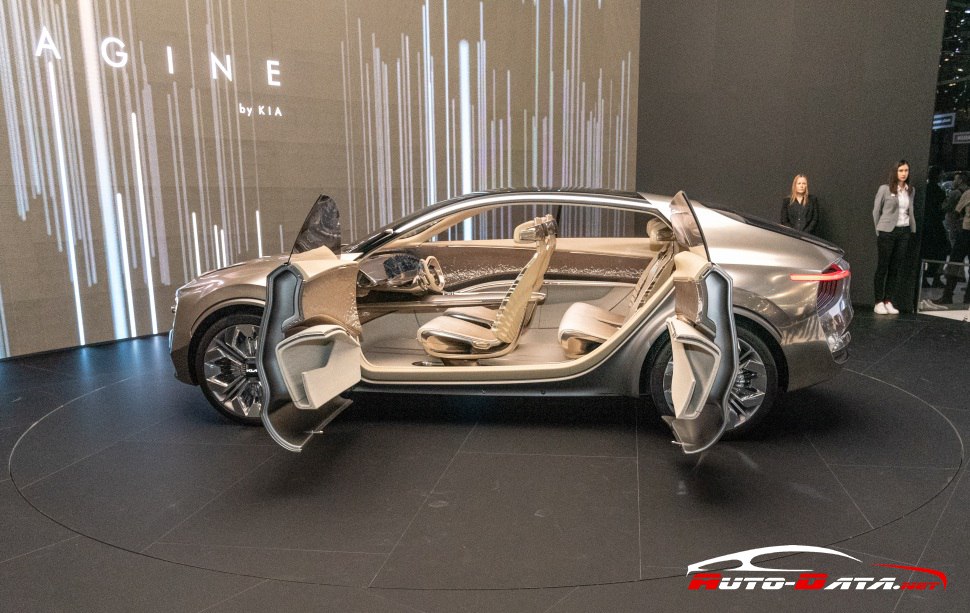 The concept, which Kia defines as "the perfect modern family crossover", demonstrates the brand's potential and desire to make cars compatible with the demands of the upcoming future. That's why it's no wonder that instead of the popular HD dashboard displays, Imagine by Kia concept is equipped with 21 smaller screens, synchronized to work as one and show an "assembled" image. The display cluster is placed in the upper part of the dashboard forming a curve. Due to this shape, the driver gets a better perception of the screen's image. 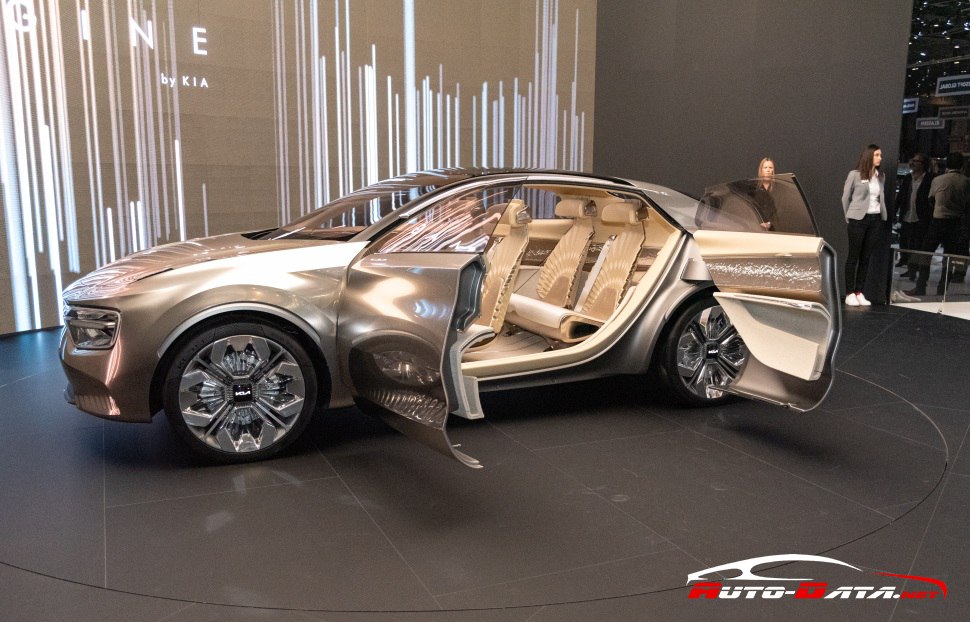 For now, Imagine by Kia concept is planned to stay as it is - a symbol of the impending industry's evolution. However, the technology and the design featured, will for sure make it in some of the company's upcoming creations.