Audi continues with the execution of the company's electric future politics by adding another member to the e-tron family. Named Q4 e-tron, Audi's new family addition will make its official debut during the opening of the 89th Geneva International Motor Show.

The compact coupe-crossover Q4 e-tron will sports an all-electric powertrain, massive front grille and a cluster of intricate lightning e-tron logos (placed strategically on the front bumper and door sills). 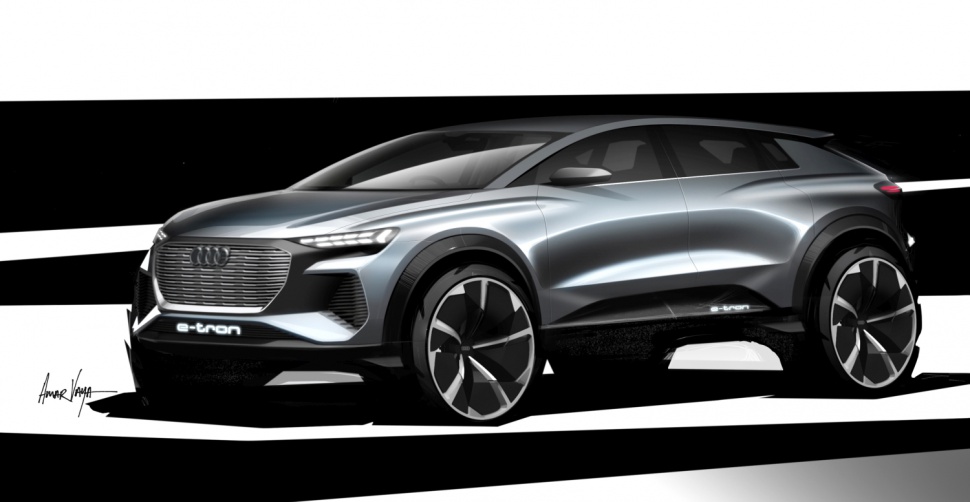 Despite the lack of any detailed information about the Q4's e-tron cabin interior, speculations claim that it would be almost the same as Q3's with one exception - more sensor display screens for direct interaction between driver and car.Detailed technical data, regarding what's under the hood, is yet to be announced.

However, it's expected that under the concept's bonnet will be placed a variety of internal combustion engines.With Q4 e-tron's debut, Audi plans to strengthen its positions on the electric vehicles' market and even surpass the competition.

Expectations are that the upcoming concept will become a production model and eventually, enter the market sometime in 2019.